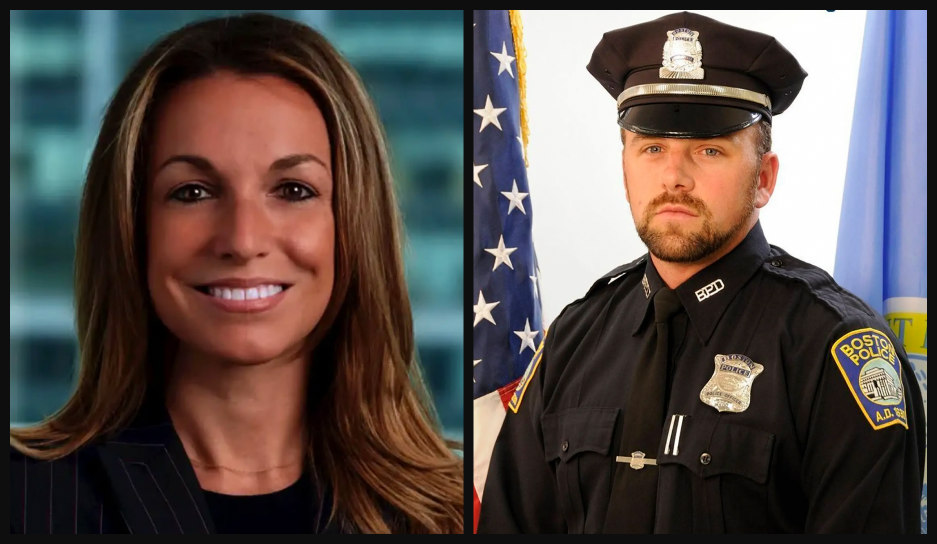 Female Professor Charged with Murder for Running Over Cop Boyfriend, Leaving in Snow OVERNIGHT TO DIE

A Massachusetts woman was arrested and charged with murder and related charges after police say she mowed down her boyfriend in January, and left him for dead during a heavy blizzard.

According to ABC 5, a Norfolk County grand jury indicted Karen Read, 42, on murder, motor vehicle manslaughter, and leaving the scene of a collision causing death charges. She’s accused of killing her boyfriend, identified as John O’Keefe, a Boston police officer.

According to court documents, Read was initially arrested on manslaughter charges in February, after she allegedly hit O’Keefe with her SUV, then left him for dead outside a friend’s residence in Canton. Police said the incident happened after Read had a night out involving drinking.

Read then allegedly drove home and later, didn’t remember what happened. The following morning, she became concerned when O’Keefe wasn’t home and she noticed damage to her vehicle, New York Post reports.

Read reportedly sent out text messages looking for her boyfriend and asked friends to check if O’Keefe was still at the friend’s home. That’s when he was discovered lying unresponsive in a snow bank. Read arrived at the scene shortly after.

O’Keefe was rushed to an area hospital where he was pronounced dead. Police announced upgraded charges this week and arrested Read again Thursday evening at her Mansfield home.

Read pleaded not guilty to the charges against her; she’s been released from jail on $100,000 bail and is expected back in court in August.