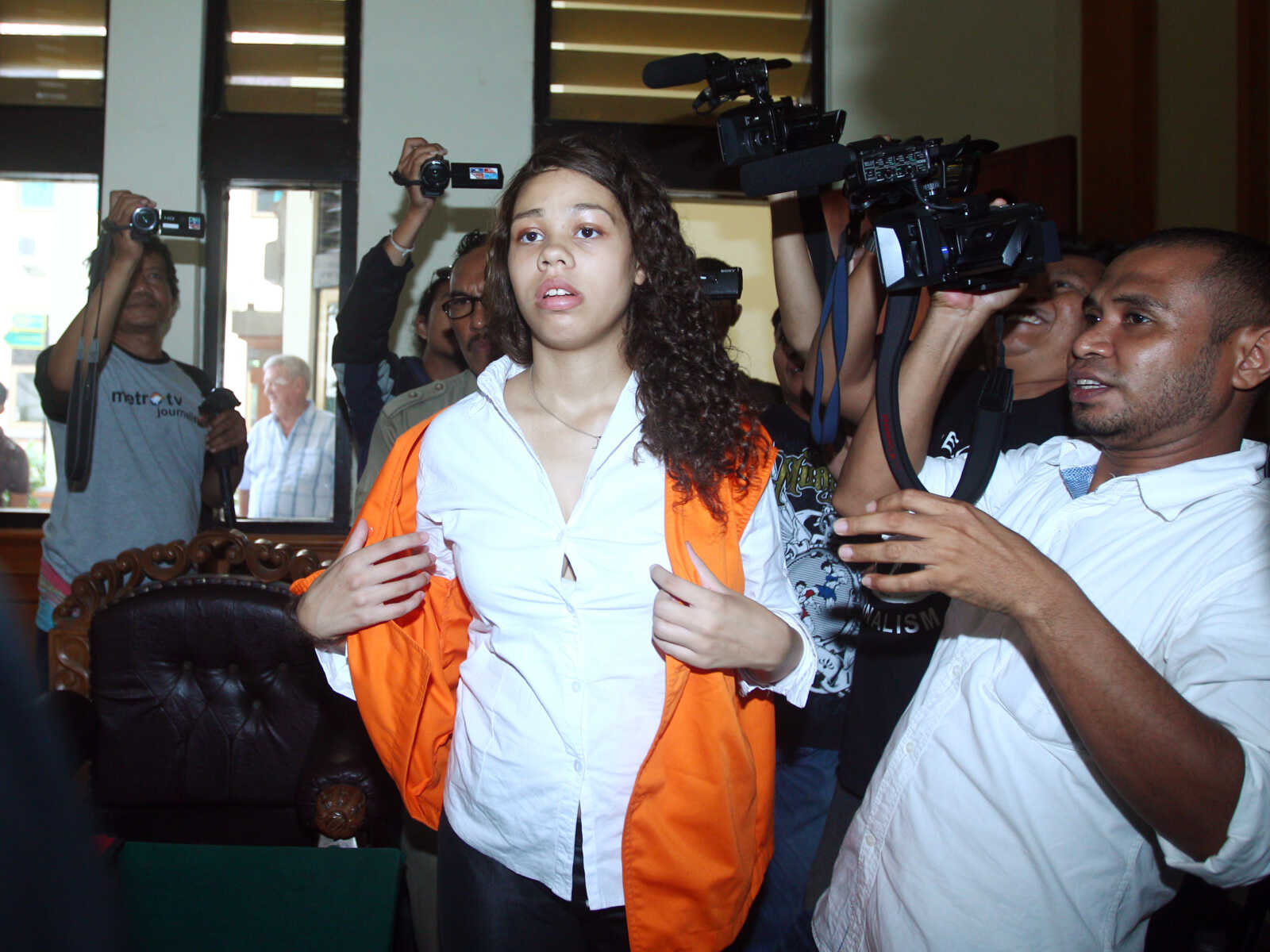 A family vacation to Bali turns deadly. Sheila von Wiese-Mack is found bludgeoned to death inside a suitcase. The socialite’s 25-year-old daughter Heather Mack and her 21-year-old then-boyfriend, Tommy Schaefer are charged and convicted by an Indonesian court. Police say Schaefer bludgeoned von Wiese-Mack with a bowl and then he and Mack stuffed her body into a suitcase and attempted to flee the scene. Heather Mack was pregnant at the time and gave birth to a daughter in prison. When she turned two, she was placed with a foster family in Bali. Now, Mack is back in prison this time in Illinois.   Mack said she was nervous about returning to the States, and what could happen to her daughter, once she is exposed to the media attention surrounding her mother. A judge has ruled the girl will remain with the Indonesian woman who raised her in Bali.

FEATURED IMAGE: Heather Mack of Chicago, Ill., center, arrives in the courtroom for the verdict of her trial in Bali, Indonesia, Tuesday, April 21, 2015. The Denpasar District Court sentenced Tommy Schaefer to 18 years in prison and Heather Mack to 10 years for intentionally killing Sheila von Wiese-Mack while vacationing last August. The body was found in a suitcase inside the trunk of a taxi at the St. Regis Bali Resort. (AP Photo/Firdia Lisnawati)