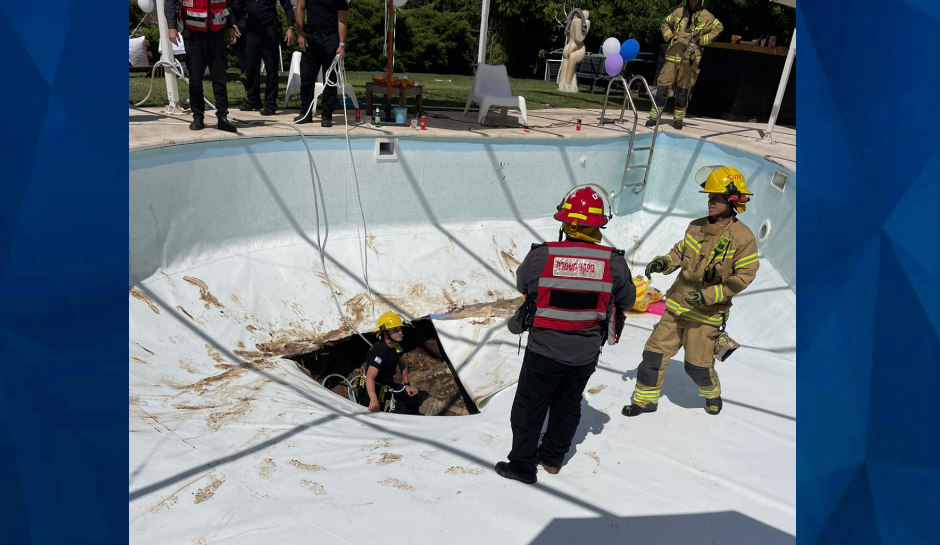 SEE IT: Man Dies After Swimming Pool Sinkhole Sucks Him Under While Attending Party

A 30-year-old man died over the weekend after a sinkhole at the bottom of a swimming pool sucked him in.

According to DailyMail, the incident happened at the Karmei Yosef in central Israel, after a 32-year-old male was pulled down to the deep end of a pool and into a sinkhole. Although authorities have not officially identified the victim, witnesses at the scene identified him as Klil Kimhi.

Emergency responders reportedly spent four hours trying to save him, while using a Go-Pro camera to prevent the pool from collapsing further.

Hours later, Kimhi’s was found at the 15-meter mark inside a tunnel under the pool.

“This is a very unusual incident,” Israeli Paramedic Uri Damari told The Jerusalem Post. “People who were at the site told me that the pit opened suddenly and within a few seconds all the water of the pool was pulled in.”

The incident is currently under investigation while police are determining whether the pool owners have the proper licensing. NBC News reports that a couple had been arrested in connection with the incident but have since been released.