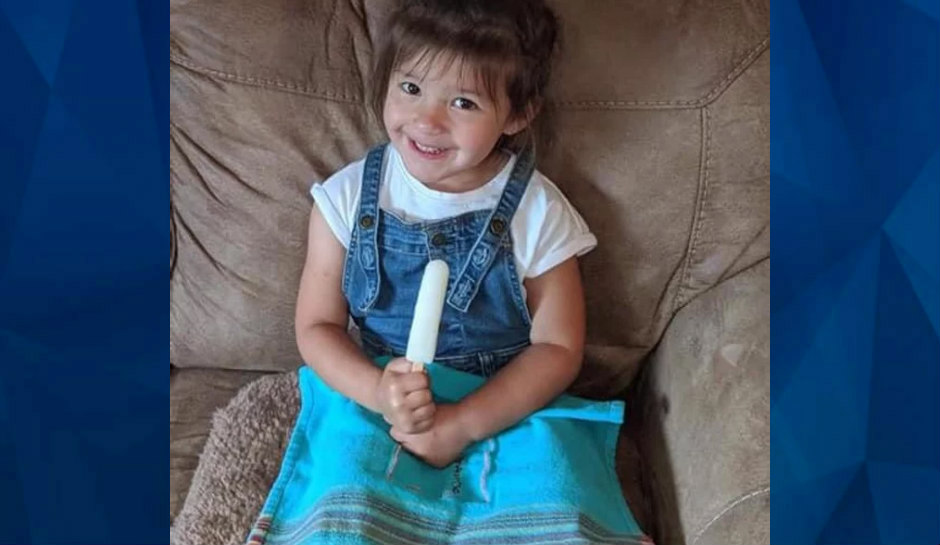 Oakley Carlson has not been seen since February 2021, after she was taken from foster care and returned to her birth parents, but her foster parents and a community of advocates are pushing for answers.

A $75,000 reward has been raised in an effort to locate Oakley, who was reported missing on December 6, 2021, but hasn’t been physically seen since February 2021, The Chronicle reports.

As CrimeOnline previously reported, neighbors of the birth family previously said they have not seen Oakley “in quite some time.” One person in the Oakville neighborhood said that it had been so long since Oakley was seen that the school bus eventually stopped coming to pick her up.

Oakley was reported missing after deputies arrived at her family’s home, to perform a welfare check, at the request of Oakville Elementary School Principal, Jessica Swift.

Swift said the first time she noticed something odd was when she brought supplies to Oakley’s parents in December 2021, following a house fire that destroyed a lot of their belongings.

“Jordan had let us know that there was a fire so I had gone out to check on them and offer support and drop off supplies from the school right after the fire,” Swift told News Nation.

“I saw all the other kids running around and playing and I didn’t see Oakley and I thought it was a little odd. I asked where she was and they told me that she was in her room in time out.”

Two weeks later, Swift returned to the home and again, didn’t see Oakley. Later, Oakley’s 6-year-old sister went to Swift’s home for a playdate with Swift’s daughter, and that’s when Swift learned that Oakley had not been seen in a while.

“On a playdate with my daughter and Oakley’s sister, I asked questions about Oakley,” Swift told News Nation. “And it came out over the course of those questions that Oakley wasn’t living with them anymore. I can’t describe the feeling I had at that moment, sitting on that couch with that little girl when she said that.”

Swift said she immediately contacted Grays Harbor police and made a report. When police searched the home, they saw no sign of Oakley having ever been there. The birth parents have both denied knowing what happened to Oakley.

Hiles provided Fox Digital News with a number of emails sent to social services, expressing concern over Oakley’s placement back with her parents. The emails described why they were worried for Oakley’s safety and how they wanted to continue to care for her.

“I had a lot of bitterness towards it because it was hard for me to understand why they could not have just realized that Oakley was best off with this,” she said. “Unfortunately with foster care, the minute you start getting your act together, then you are OK to get your children back.”

Hines claimed that not only did the birth parents feed Oakley junk food, but they were also violent to each other and failed to report their house fire to police.

“The upstairs caught fire and the parents ‘couldn’t find their phones’ to call 911, so instead, they fought the fires themselves (for hours per the GoFundMe) and then didn’t report the fire for two weeks,” Hines wrote in an email to DCYF on November 18, 2021.

“While I am not an investigator, I find this odd and very dangerous.”

Carlson could be out of jail by August, but he also has a chemical dependency hearing scheduled for September 12. Upon his release, he cannot have any contact with children under the age of 18, aside from his own.

A peaceful protest is scheduled to take place on July 31, outside of the Grays Harbor County Jail, according to The Chronicle.

Investigators interviewed the 6-year-old, who said her mother told her not to talk about Oakley. She eventually admitted she hadn’t seen her sister in a long time; she began crying when a detective asked her if Oakley was hurt.

“Her mother Jordan told her not to talk about Oakley and that she had gone out to be eaten by wolves,” a police report read.

When police questioned Bowers about Oakley’s disappearance, she allegedly became furious and refused to answer questions.

“She became enraged, yelling, clenching her fists, and refused to answer any further questions about the welfare or wellbeing of her daughter,” the report read.

Investigators would like to speak with anyone who has seen or spoken to Oakley since January 2021, as well as anyone who had direct contact with her parents during the same time period.