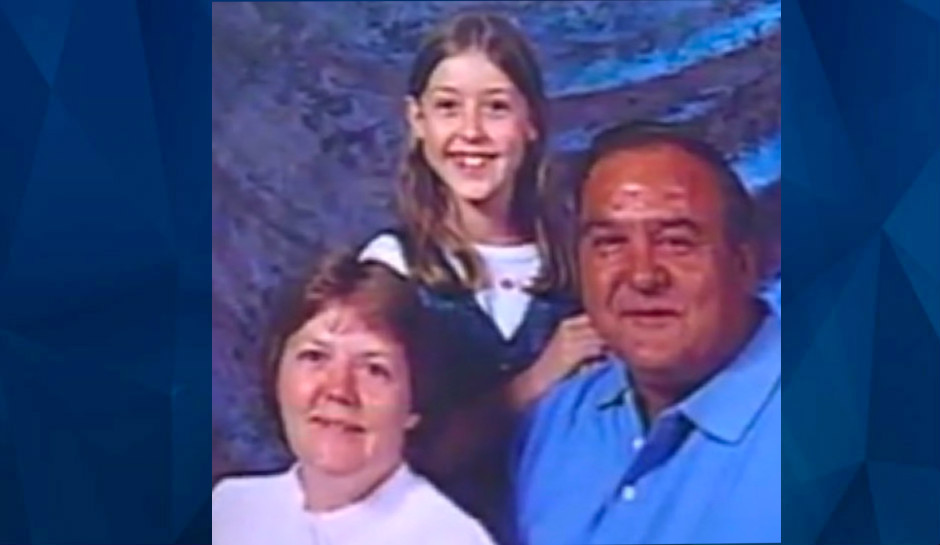 Monday marked 20 years since Michael and Mary Short were shot and killed “execution style” in their Henry County, Virginia, home. The disappearance of their 9-year-old daughter, Jennifer, ignited AMBER alerts in Virginia and North Carolina. Her remains were found six weeks later scattered around a creek in Rockingham County, North Carolina.

On August 15, 2002, the bodies of Michael and Mary Short were discovered in their home off Rt. 220. Michael, age 50, was found with a single gunshot to the head on a couch in an enclosed carport. It was reported that he frequently slept on the couch.

His wife, Mary, 36, was found in her bedroom, dead with a single gunshot to the head.

Their daughter was nowhere to be found. There were no signs of a struggle inside the house, but it was discovered that the phone lines to the house had been cut prior to the murders.

Jennifer’s remains were discovered 45 minutes away scattered around a creek. A dog was found playing with part of the child’s skull.

Despite the case making national headlines with a segment on “America’s Most Wanted” on September 28, 2002, the investigation into what happened to the family remains unsolved.

The Short family murders continue to be the Henry County Sheriff’s Office’s longest-running active investigation, according to WFXR.

The only suspect in the case was a man named Gary Bowman, who lived in a mobile home not far from where Jennifer’s body was found, author Robert A. Waters wrote in 2014. Bowman’s landlord claims to have heard the carpenter saying he was planning to kill a mobile home mover from Virginia.

Investigators searched Bowman’s house and found a map marked with an “x” near the Short residence. When he left for Canada the day after the murders, police grew more suspicious.

Bowman was apprehended in Canada and brought back to the U.S. for questioning. He insisted he had never even met the family. In 2007, with a lack of evidence to tie him to the murders, investigators were forced to move on and search for other potential suspects.

In a 2004 interview with the New & Record of Greensboro, Bowman said, “This will hang over me for the rest of my life, unless they find the person who did it.”

The FBI released a composite sketch of a man seen near the home before the killings, the Winston-Salem Journal reported. Witnesses reported seeing a man believed to be in his 40s sitting in a white single-cab flatbed truck on U.S. 220, near the Short’s home in the early morning hours of August 15, 2002. Witnesses described the man as having a weathered complexion.

Investigators have started the investigation over from scratch, beginning with the 911 call. Fresh sets of eyes and a renewed approach may help finally solve the decades old case.

Henry County Sheriff Lane Perry has “always felt like there are a couple of key people that have key information they’re withholding.” Unfortunately, “I don’t want to get involved” is a phrase often heard by officers when interviewing witnesses, the Henry County Enterprise reported.

This sort of attitude can be a hindrance when investigating a case like that of the Shorts. Perry said, “We do think the information is out there somewhere that could bring the truth to light.”

Thanks to a grant from the U.S. Department of Justice Sexual Assault Kit Initiative, some of evidence in the case will now be able to be analyzed, Capt. Wayne Davis of the Henry County Sheriff’s Office told WFXR.

Although investigators were never able to definitively say if Jennifer was sexually assaulted, many have speculated that she was the primary target of the murders. It is believed that she was taken from her bedroom after her parents were shot.

Investigators have not shared details about DNA found at the house on Rt. 220, but Perry believes evidence has not been retested in at least 3 to 5 years.

Search warrants show investigators pulled at least 138 pieces of evidence from the home, including shell casings found near Michael and Mary’s bodies, a shotgun, rifle and ammunition, family business records, and a 2002 yearbook from Jennifer’s elementary school, WGHP reported.

In 2021, Perry acknowledged, “We do have people that this is focused around, we’re not at liberty to say who, but yes we do have things that point us in the directions with people and we are working those leads and have worked with them in the past.”

Virginia State Police Special Agent Matthew Wade is part of a task force investigating the murders of Michael, Mary and Jennifer Short in 2002. His team is digitizing case files and evidence.

“When this took place, back in the early 2000s, everything was still put on pen and paper,” Wade told the Roanoke Times. “We tried to make sure every piece of paper that’s a part of the case file has been scanned and put in a digitized format. All interviews that were recorded using the old audio cassette recorders, we’ve put those to a digital format. Same thing with any VHS recordings.”

Could DNA find the answer?

Recent advancements in DNA technology and familial DNA testing have many in the community questioning the timing of the Short residence burning to the ground under suspicious circumstances in 2019.

A report by WFMY said that “Initially, the murders and the fire do not appear to be connected but it’s all still under investigation. At this time they revealed it’s too difficult to say where the fire started and they don’t know what caused it at this time.”

Ray Reynolds was a neighbor of the Short family. He was heartbroken when the home burned down. “I just thought that this is so much history that’s gone and a lot of people are not going to realize what that house stood for,” Reynolds said. “We lost something in this community that everybody knows, that’s where the Short family lived.”

Harden Crum’s parents purchased the home shortly after the murders and have owned it ever since. The home had been rented out several times, but nobody lived in it for a couple months before the fire.

Crum told WSLS at the time, “I didn’t know what could be on fire, because I know (the house) didn’t have any power. I know it couldn’t be something like that. I don’t know what investigators are going to find.”

Henry County and the Martinsville-Henry County Crimestoppers are currently offering a reward of $62,500 for information that leads to the arrest and conviction of the person(s) responsible for the Short family deaths.