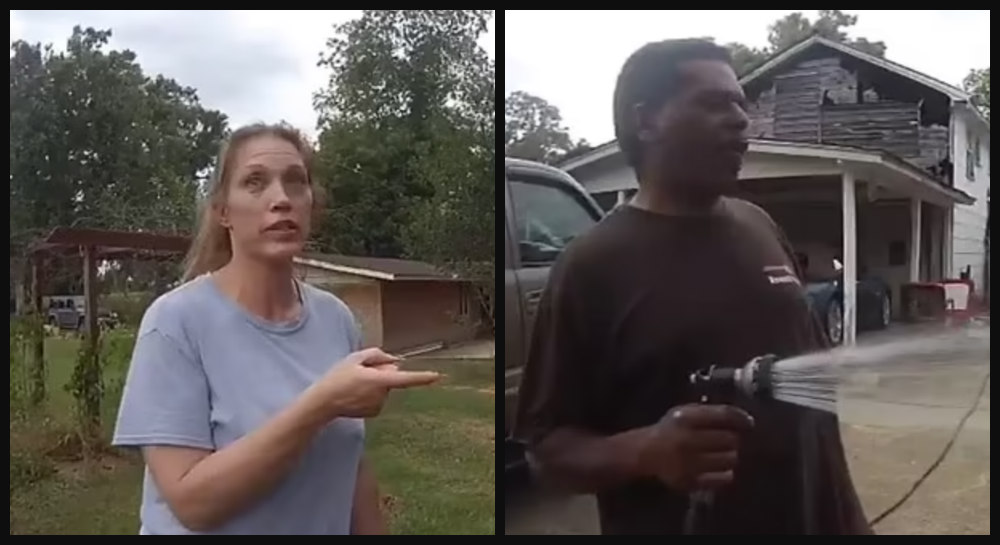 Alabama Pastor Arrested for Watering Neighbors’ Plants While They Were Out of Town: Lawsuit

An Alabama man said he’s filing a discrimination lawsuit against Childersburg police after he was arrested while watering plants for his out-of-town neighbors.

According to WRBC 6, Michael Jennings was arrested in May outside his neighbor’s yard in Childersburg, after another neighbor complained about an unknown man and SUV in the area.

The incident, which was captured on body cam by a Childersburg police officer, showed Jennings with a water hose in his hand, watering plants at a home across the street from his own residence.

Jennings told the officers that the SUV didn’t belong to him and that his neighbor asked him to take care of his plants. The conversation then turned to what Jennings called “racial profiling” when the cops questioned him.

Officer: “We’re not racially profiling you.”

Jennings: “I told you I was here watering flowers.”

Officer: “How do we know that’s the truth?”

Jennings (laughing): “I had the water hose in my hand! I was watering the flowers.”

The neighbor who contacted the police reportedly said she knew who the pastor was and made a mistake. Despite that, Jennings was arrested and charged with obstructing government operations. The charges were dropped the following month.

Civil rights attorney Harry Daniels is now representing Jennings in a lawsuit scheduled to be filed against the police department.

“These cases put law enforcement on notice and the country on notice that these types of interactions — thank God that Pastor Jennings had a cool head,” Daniels said.

He didn’t get aggressive or defensive in a sense, and he complied when the officers grabbed him. But Brittany, it could’ve went a different way. Pastor Jennings could very well not be here today.

It represents an abuse of police powers. It represents racial profiling and it represents law-enforcement officers intimidating a person who actually understands and knows their rights.

Police said the gold SUV was registered to another resident in the neighborhood.