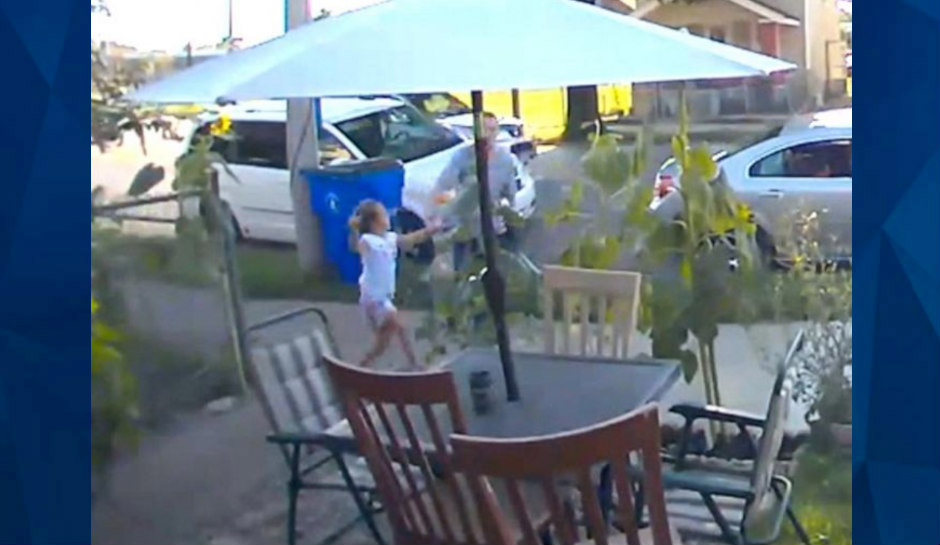 SEE IT: 6-year-old Girl Screams, Scaring off Alleged Abductor Who Grabbed Her in Broad Daylight

A 6-year-old Ohio girl says a would-be abductor grabbed her in broad daylight and only steps away from her parents.

In an interview with “Good Morning America,” Ken’Adi Nash explained in her own words what happened as she was taking the trash out at her family’s home.

“This guy walks by and he touched me. He pulled me,” Ken’Adi said. “He just let go of me because I screamed.”

The family’s door camera captured the incident and showed the suspect, identified as 33-year-old Deric McPherson, grabbing the child by the arm, then fleeing after she screamed.

Afterward, Ken’Adi ran inside her home and told her dad. The father said he got into his car and followed the man while calling police for help.

“I chased him like he still had my kid,” Ken’Adi ‘s dad, Ricky Nash, said. “Definitely didn’t want him to be able to go snatch another kid.”

Ken’Adi’s mother added that she’s proud of her daughter for screaming, which is likely what saved her.

“I’m so proud of her. So proud of her,” Mandie Nash said. “Because as soon as she screamed, he let go. So obviously, you know, it does work.”