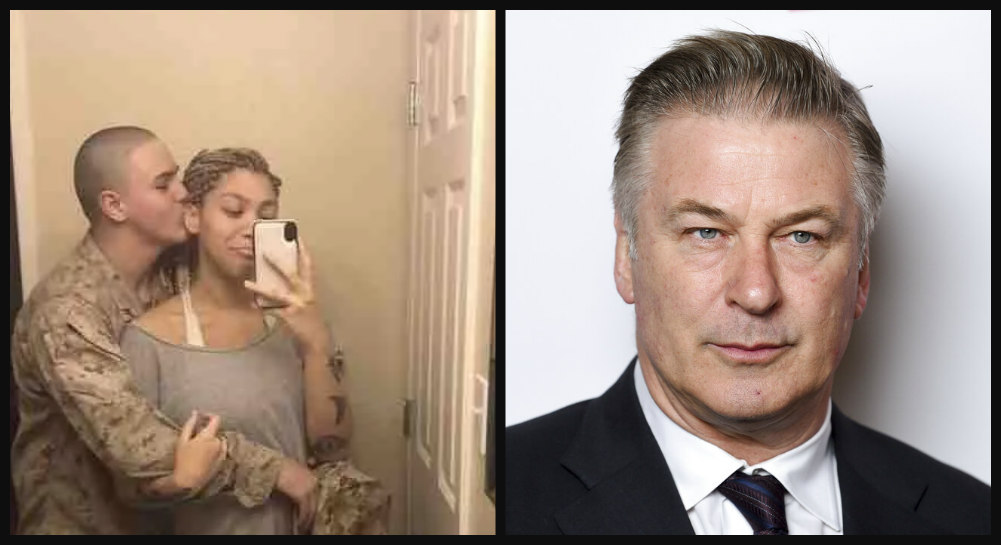 The family of a marine killed in Afghanistan last year has filed a lawsuit against Alec Baldwin, alleging that he exposed them to hatred and criticism on social media, after he accused one of the family members of being an insurrectionist.

According to the New York Post, Marine Lance Corporal Rylee J. McCollum’s family filed a federal lawsuit Friday in the Southern District of New York. McCollum was one of the 13 marines killed outside of the Hamid International Airport on August 26, 2021. He passed away at age 20.

The latest lawsuit marks the second time the family sued Baldwin. The first lawsuit was tossed out after a Wyoming judge told the plaintiffs he has no jurisdiction over Baldwin, who resides in New York.

The Mercury News reports that the lawsuit was filed by McCollum’s sisters and his widow, and says Baldwin accused one of the sisters of participating during the January 6, 2021, riots in Washington, D.C.

Baldwin reportedly sent money to McCollum’s sister, Roice, following his death, but later sent her a private message claiming he wouldn’t have sent anything if he knew she participated in the riots.

“When I sent the $ for your late brother, out of real respect for his service to this country, I didn’t know you were a January 6th rioter,” Baldwin reportedly wrote to the sister.

Shortly after messaging the sister, Baldwin allegedly posted a public comment about Roice, which reportedly led to an onslaught of public hostility.

“Within 20 minutes of Baldwin’s post, Roice began to get hostile, aggressive, hateful messages from Baldwin’s followers,” the lawsuit claims.

McCollum’s mother and widow, Cheyenne and Jiennah McCollum, claimed they received similar messages, even though they were never at the January 6 incident.

The plaintiffs reportedly want a jury trial for the case and are seeking $10 million in compensatory damages, along with $15 million in punitive damages and any court costs.