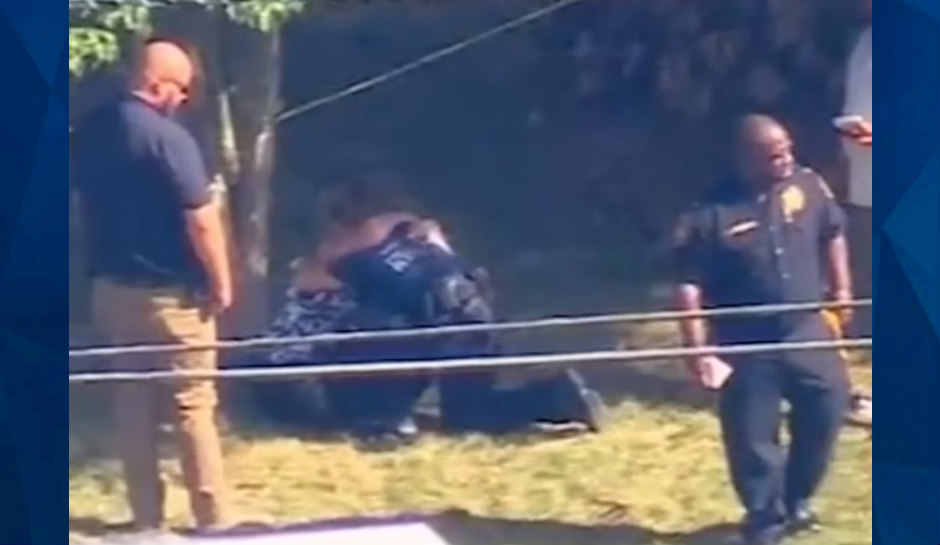 A 2-year-old New Jersey toddler found dead in her mother’s car may have been left inside the vehicle for hours, neighbors and sources told ABC New York.

The incident happened in Franklin Township at around 2 p.m. Tuesday, at a residence off of Summerall Road. The child, identified as a 2-year-old girl, was being given CPR by a firefighter neighbor when police arrived. EMS arrived at the scene and rushed the victim to the hospital where she was pronounced.

“Authorities have notified the New Jersey Northern Regional Medical Examiner’s Office who will be responding to conduct the investigation. No further details will be released at this time while investigators conduct their investigation,” Deputy Chief Frank Roman said in a statement.

Police knocked on the family’s door after finding the child. Neighbors said they heard “pain” from the parents.

DailyMail reports that the child’s mother began sobbing outside while an officer embraced her and offered her comfort. One neighbor told the Franklin Reporter that she saw both parents crying and screaming as if they were unaware their daughter was left in the vehicle.

“I heard the dad start screaming uncontrollably, and I heard the mom really sobbing,” she said. “They were just screaming in pain and anguish. She collapsed to the ground and he went over to console her.”

“It was gut-wrenching, almost made me want to break into tears. As a mother, just hearing that pain from another mother, it was very hurtful to hear. I wouldn’t wish that on anybody.”

Another neighbor couldn’t understand how or why someone would forget a child inside a car.

“How can that happen? How do you forget? I guess we’re all forgetful, I’ve forgotten things in the car. But how do you forget the toddler, you know? I don’t know,” neighbor Alex Krstavski told ABC New York.

The mother’s vehicle has been towed from the home and neighbors reported seeing police tape around the residence. No one has been charged in connection with the child’s death.