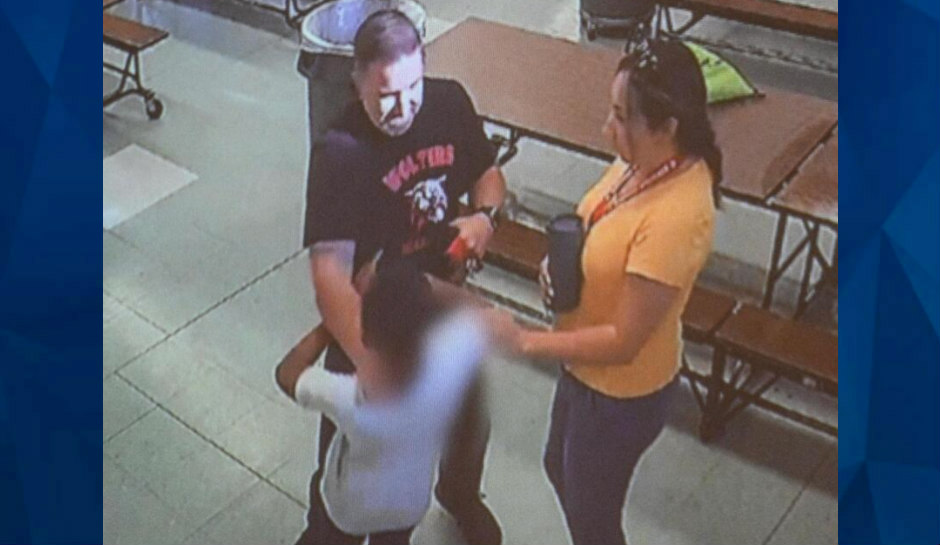 The incident happened on June 7 at Wolters Elementary School in Fresno, according to The Fresno Bee. Brian Vollhardt, identified as the now ex-principal of the school, is reportedly seen striking a special needs student in what appears to be the cafeteria of the school.

Police began investigating Vollhardt after an employee contacted the police, following the altercation.

“Instead of de-escalating the situation, which is what we expect of an educator in our system, the former principal chooses to aggressively shove the student down instead,” Fresno police said during a Thursday news conference.

According to EDSource, Superintendent Bob Nelson said that the victim was not physically injured but was provided with “the necessary socio-emotional supports” after the attack.

“While there’s been zero information that leads us to believe that this was a racially motivated altercation, we are not blind to the fact that racial dynamics are always present,” Nelson added.

Vollhardt worked as a teacher with the Special Education Department at Roosevelt High School in 2008, then transferred to Tenaya Middle School in 2013, where he worked as a Guidance and Learning Advisor. He began working as the principal of Wolters Elementary in August 2020.