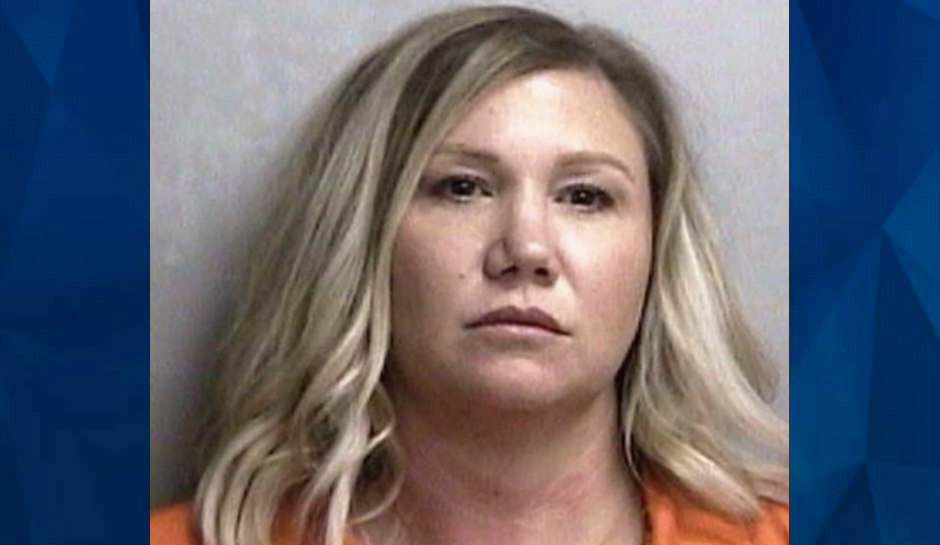 A former Florida Christian school teacher has been arrested again and is now facing additional charges after allegedly having inappropriate contact with students.

Last Tuesday, Julie Hoover, 39, was arrested and charged with authority figure soliciting or engaging in lewd conduct with a student and contributing to the delinquency of a minor. The incident marks the second time Hoover was arrested this year.

As CrimeOnline previously reported, Hoover was also arrested in June and charged with one count of an authority figure soliciting or engaging in sex with a student.

The alleged victim is reportedly an 18-year-old senior at Point of Grace Christian School in Perry, Florida, where Hoover was employed as a teacher. The school is a private Christian school, according to its website.

The latest charges came about after a student told police that Hoover twerked on him during the school prom and pressured him to drink alcohol. The student, according to WCTV, said other students tried to get in between him and Hoover as she twerked, making him highly uncomfortable.

Hoover’s first arrest came after an 18-year-old student’s parents contacted the school after Hoover had been allegedly trying to find a time to meet up with the student while her husband was away. The teacher had exchanged text messages with the student, who was in at least one of her classes, between March and April 2022, WPXI-TV reports.Hoover has worked at the school since 2018 as a mathematics teacher. She had also been employed as the finance director at the Boys & Girls Clubs, according to the television station. She graduated from St. Leo University.

An official with the school confirmed that Hoover is no longer working there.

“Mrs. Hoover is a former teacher with Point of Grace Christian.  We will not provide further information on her employment or departure from our school,” the official wrote.