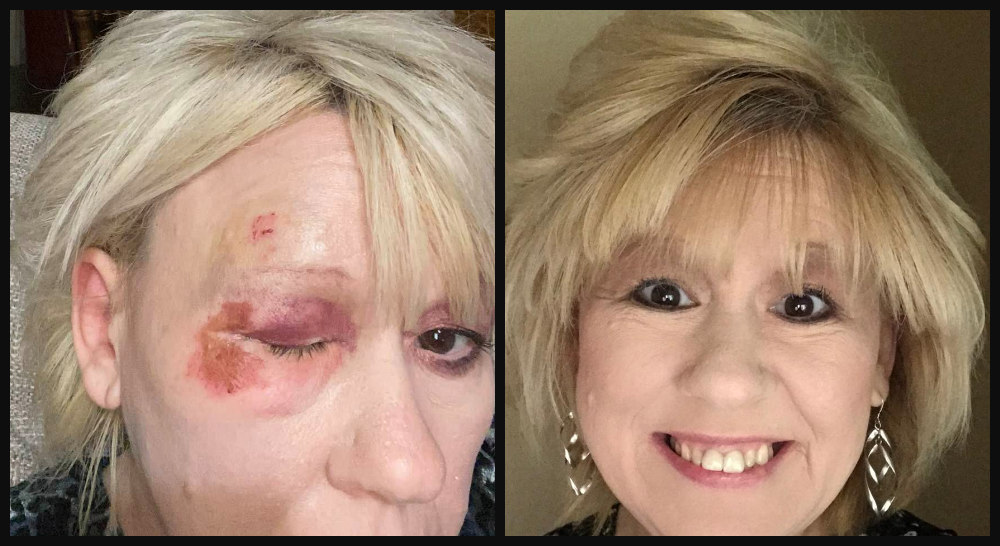 Debbie Collier: Slain Mom Who Wired $2K to Daughter Before Mysterious Death Had Black Eye in 2020

Debbie Collier, a Georgia mother found deceased this week after reportedly sending a cryptic message to her daughter, posted selfies on Facebook in 2020 after she claimed she “face planted” on a sidewalk.

“Look what I did to myself when I face planted on the concrete sidewalk,” Collier wrote on a Facebook account named “Debbie Steve Collier.”

“I do not have any eye makeup on the right eye.”

Fox News Digital reached out to the Athens-Clarke County Police Department for additional information but police said they have no record of a domestic violence incident involving Collier or her husband. There were also no records of any calls made to police from their Athens home.

As CrimeOnline previously reported, 59-year-old Collier was found dead on September 10 after she allegedly sent her daughter, Amanda Bearden, $2,385 using Venmo. Collier reportedly included a message that read, “They are not going to let me go love you there is a key to the house in the blue flower pot by the door.”

After receiving the message, Collier’s daughter tried to call her mom but could not get through. Worried, the daughter said, she contacted the police to report her mother missing.

Police scoured the vicinity of the vehicle and found her body in a nearby ravine. She was naked, charred, and deceased, police said. Although the case is being treated as a homicide, it’s unclear how Collier died.

“At this time, there is no evidence to suggest or support that this incident was related to a kidnapping,” the Habersham County police said in a statement, according to People.

Police wrote in an incident report that Collier was lying on her back while her right hand was “grasping a small tree.” She was nude and charred on her abdomen.

The sheriff’s office said Wednesday that they’ve investigated “at locations tied to the victim,” and interviewed those closest to her.

Bearden told CBS 46 that her mother was her “everything” and she couldn’t imagine who would have killed her.

“Somebody took my whole world from me,” she said. “She was a beautiful, kind, giving woman — and she didn’t deserve any of this…I want justice for my mom.”