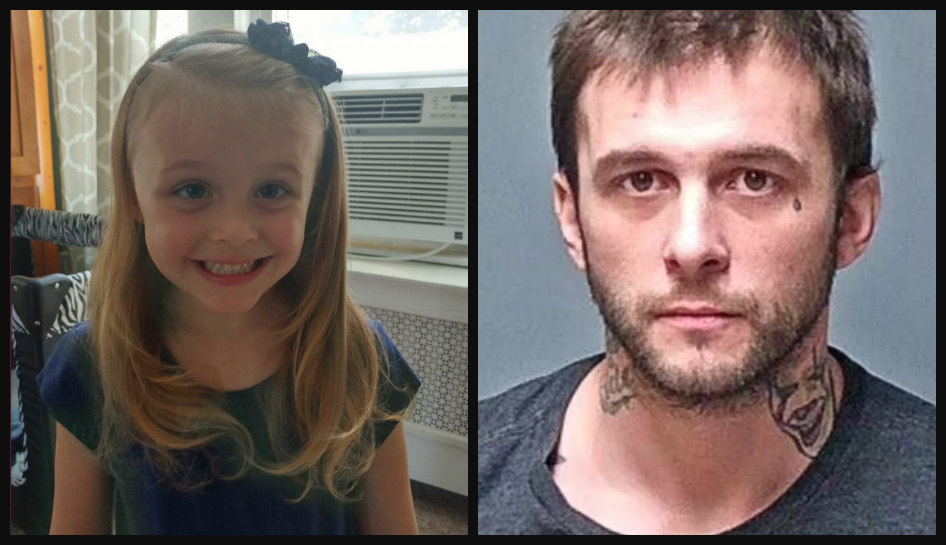 ‘I’m not talking about nothing’: Missing Harmony Montgomery’s Dad Refuses to Answer Questions About Daughter [VIDEO]

Missing New Hampshire girl Harmony Montgomery’s father, Adam Montgomery, was in a Manchester court Wednesday, where interviews were played for the judge, showing him lashing out at a detective who accused him of harming his child.

During a pre-trial hearing in connection with a second-degree assault charge, an interrogation video and police body-cam videos were shown between Montgomery and the officers and detective who spoke with him after his then-5-year-old daughter was reported missing, Boston 25 reports.

WMUR later obtained the full video from the court — 45 minutes worth of Montgomery saying he had nothing to say to detectives — and put clips into a news package.

Montgomery’s attorneys are pushing to suppress the statements Montgomery gave officers and the detectives.

As CrimeOnline previously reported, on March 25, Montgomery was indicted by a grand jury for allegedly hitting Harmony in the face in July 2019. He’s also facing interference with custody and endangering the welfare of a child charges.

Police found Montgomery sleeping in a car on December 31, 2021, in Manchester, where they detained him and questioned him about Harmony’s whereabouts.

At the time, Montgomery had full custody of the child, but her mother, Crystal Sorey, said Montgomery had not allowed her to speak to her daughter since 2019.

Officer [to Montgomery]: “People are concerned…”

Montgomery: “I’m not talking about nothing. Am I under arrest?”

Officer: “No, you’re not. Right now you are being detained.”

Days later, on January 4, Montgomery was placed in an interrogation room with Detective John Dunleavy at the Manchester police station. The detective pushed for answers in Harmony’s disappearance, but Montgomery reportedly refused to cooperate.

Det. John Dunleavy: “Can you make me a promise? Like man to man. Can you tell me that she’s alive?”

Adam Montgomery: “You’re going to play the same word games that you played with me the other day?”

Adam Montgomery: “I got nothing else to say.”

Adam Montgomery: “I got nothing.”

Adam Montgomery: “I know it’s not.”

Det. Dunleavy: “Either get on the bus now or get run over.”

Adam Montgomery: “I got nothing else to say. I want a lawyer with me.”

A judge is expected to decide whether Montgomery’s comments will be shown to jurors during trial.  .