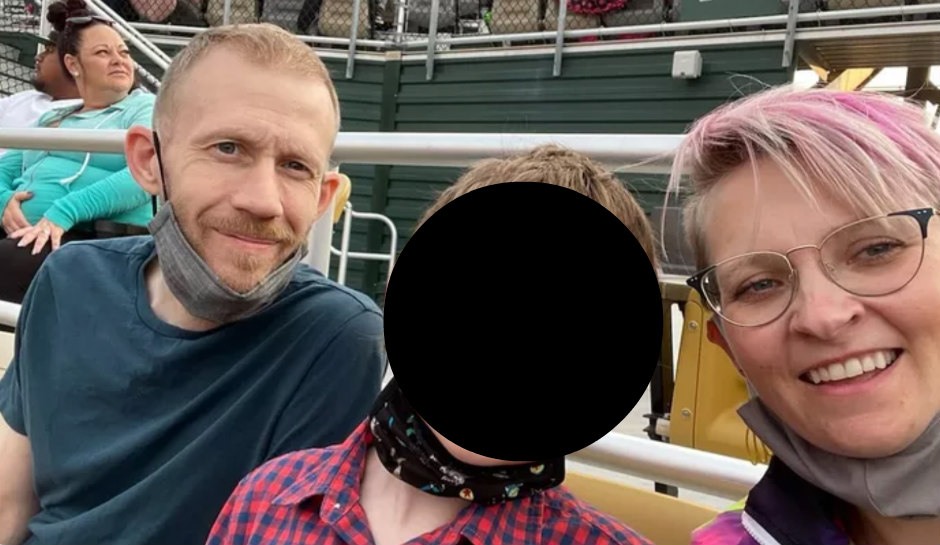 A Utah teen is facing felony charges after police say he randomly attacked a sleeping couple in his Taylorsville neighborhood last month.

According to KSL.com, the unnamed teen allegedly woke up at around 1 a.m. on September 20 and decided he wanted “ to hurt someone.” The defendant then allegedly armed himself with a couple of knives and set out in the neighborhood, going door to door and checking for unlocked homes.

“He went to the kitchen shaking, shivering and freaking out,” Taylorsville police said in charging documents obtained by the outlet.

“He stated he got ready like he was going to school, and he grabbed his father’s pocketknife and a large kitchen knife. [He] then said he left his home and began wandering and walking around trying to open people’s doors with the intent to hurt someone.”

At around 3:30 a.m., the defendant made his way to the home of Ashley and J.J. Dasher. He reportedly stole $20 from the bathroom, took their car keys, then went to the couple’s bedroom, where they were sleeping.

J.J. Dasher reportedly woke up and asked the teen what he was doing. That’s when the defendant allegedly pulled out a knife and started to “shank” both victims, who were in bed. J.J. told Ashley to run, according to the charging documents, to which the defendant said, “Die.”

Police say Ashley managed to escape and run to the neighbor’s home and began “screaming and pounding” on the neighbor’s glass door while the teen followed her. A woman inside the neighboring home allowed Ashley inside and told the teen to “leave her alone,” charging documents state.

The defendant fled the scene and later told police he hid in a vacant home, then decided to turn himself in.

“He eventually heard the police and K-9s and took off running again. (He) stated that when he saw police again, he realized what he did was wrong and needed to turn himself in,” police said.

Taylorsville PD on tscene of a dbl stabbing, 1 male and 1 female apparently sustaining significant injuries, officers on scene trying to sort out the details but there is one person in custody, more on Fox 13’s Good Day Utah pic.twitter.com/RJITaL7iaL

The couple continues to recover. Ashley, according to police, had been stabbed 24 times while J.J. was stabbed around 13 times.

“I immediately just flew out of bed, screaming and started punching him, but at the same time, he’s stabbing me,” J.J. told Fox 13.

J.J. added that when Ashley fled the home, the defendant was still stabbing her.

“I don’t think I’m mad at him,” he added, referring to the teen. “It must be an unfortunate situation. I don’t know if it’s mental health issues, abusive household, I don’t know.”

The couple’s son was inside the home during the attack, but was not injured and had no contact with the suspect.

Meanwhile, a GoFundMe fundraiser has been set up to help the Dashers with medical expenses.