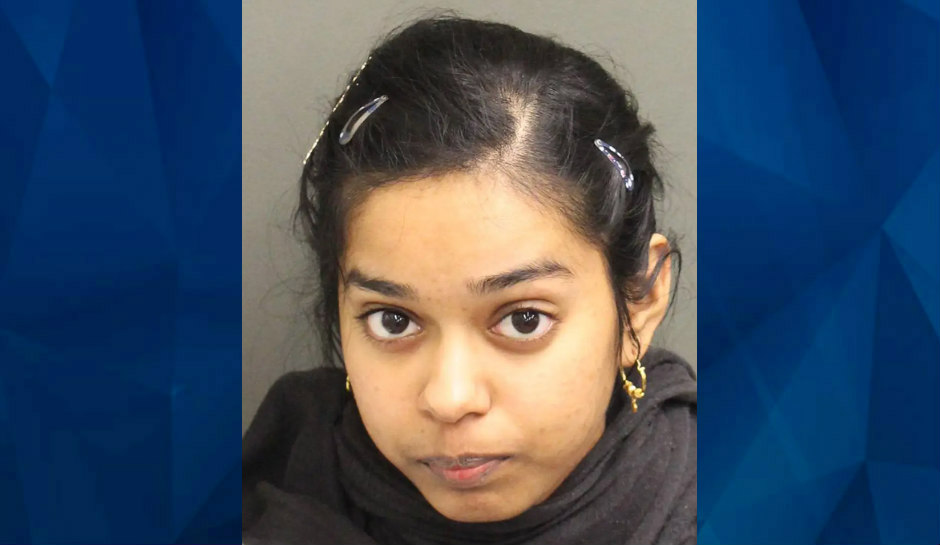 A Florida woman is behind bars after police say she stabbed her sister for reportedly flirting with her boyfriend.

According to Fox 35 Orlando, 21-year-old Fatiha Marzan has been charged with the death of her 20-year-old sister, Sayma, who was reportedly flirting with the suspect’s boyfriend while they played the online game, “Valorant.”

The incident happened on September 26 at a home off of Southern Charm Drive in Orange County, where the suspect and victim shared a bedroom. When police arrived at the residence, they found Sayma dead with several knife wounds to the heart.

An arrest affidavit obtained by the outlet stated that Marzan and her boyfriend had been together five years when she discovered he had been flirting with her sister, even telling Sayma that he loved her. Marzan ultimately admitted to stabbing the victim, police said.

“Fatiha knew she had to wait until her family was asleep to stab Sayma because she did not want anyone to hear the incident,” the affidavit read. “Fatiha consciously decided to kill her sister, Sayma, and the decision was present in her mind at the time of the killing.”

Marzan allegedly purchased a dagger-style knife from Amazon two weeks before she allegedly carried out the stabbing. Police said she hid the knife in her closet.

Orlando Sentinel reports that numerous witnesses told police that the defendant didn’t feel her sister’s relationship with the boyfriend was appropriate. She’s now been charged with first-degree murder.

Marzan remains behind bars at the Orange County jail without bond. Check back for updates.