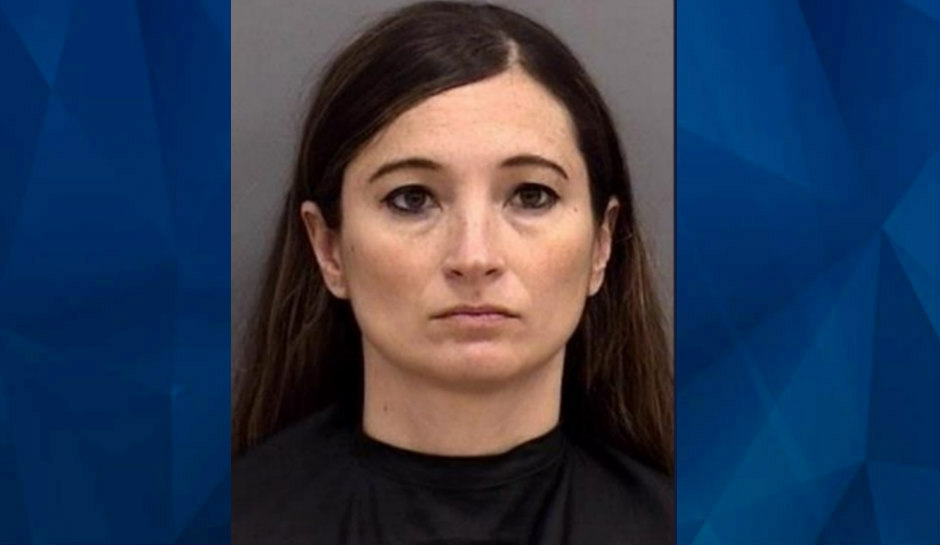 Killer Learns Fate After Poisoning Ex’s Oatmeal, Choking Him to Death with His Favorite Tie

A Hamilton County judge in Indiana sentenced a woman to serve centuries in prison for poisoning her baby’s father and choking him with his favorite tie.

According to Law & Crime, 42-year-old Heidi Littlefield was sentenced Friday morning to 115 years in state prison, which include 60 years for murder, 20 years for attempted poisonings, and 35 years for “conspiracy to commit murder resulting in death.”

The sentences were reportedly set to run consecutively. Kelley has already accumulated 748 days in jail credit, with around 187 of those days being “good time” credit, ABC Indianapolis reports.

Littlefield is one of three defendants who’ve been found guilty in connection with the death of Francis Kelly, 46. The other defendants, Logan Runyon and Robert Walker, previously took a plea deal, which reduced their charges to conspiracy.

As CrimeOnline previously reported, Kelley was found dead on a couch at his Carmel home on January 18, 2021. An ex-girlfriend alerted police when he failed to pick up their 9-year-old daughter for her birthday a day earlier.

Investigators observed bruising on Kelley’s eye, elbows, knees, and hand. He was also found on a couch with a bag of cocaine under him. Despite this, police said at the time that they found no evidence suggesting foul play was involved in Kelley’s death.

A subsequent autopsy concluded that Kelley was strangled and sustained blunt-force trauma to his head. Fentanyl was reportedly found in his system, leading detectives to deem his death a homicide.

At the time of his death, Kelley and another one of his ex-girlfriends, Littlefield, were in a custody battle involving their 2-year-old daughter.

Littlefield, along with her daughter, Runyon, and her daughter’s boyfriend, Walker, was subsequently arrested and criminally charged in connection with Kelley’s death.

Text messages suggested that Littlefield was in Kelley’s home on January 14, 2021, a day before he last communicated with anyone. In the messages, the pair discussed an upcoming custody hearing, then Kelley asked Littlefield if she tampered with some oatmeal that he ate.

“You were in my fridge last night and it [oatmeal] tasted funny after a couple bites and now I am lightheaded. I just got off the phone with my broker … and I had to ask him to repeat basic things,” Kelley wrote, according to the Carmel Current.

Littlefield denied the allegation and did not read or respond to subsequent messages sent by Kelley.

Police said Littlefield was heard in recordings telling an ex-boyfriend about planting drugs on Kelley and wanting him dead. At one point, Littlefield said Kelley was abusive and she would “be failing her daughter” if he remained alive.

According to a relative interviewed by police, Littlefield also said “she didn’t mean to kill him last time” and insinuated that she would claim she was “crazy and pregnant” when she carried out the slaying.

Walker, who was jailed in Ohio at the time of his arrest last year, told police that Littlefield tried to kill Kelley on at least two other instances. He said Littlefield and her 2-year-old daughter snuck into Kelley’s home in October and laced his miso soup with fentanyl. Runyon reportedly stayed in the car at the time.

In regards to January’s incident which resulted in Kelley’s death, Runyon allegedly told Walker that she and her mother snuck into Kelley’s apartment after he ate the fentanyl-laced oatmeal. Walker said the pair found Kelley unresponsive but he was not dead, according to WISH.

“Walker advised Heidi [Littlefield] tried to get Logan [Runyon] to ‘snap his neck,’ but Logan couldn’t do it, so Heidi then tied ‘his favorite’ tie around his neck and began smashing his head into the ground,” the arrest affidavit stated.

After the slaying, Walker paid someone $40 to drive him to Indiana to pick up Runyon from Littlefield’s home.

Littlefield gave Walker $2,500 in October to kill Kelley. Text messages apparently showed Littlefield telling Walker on multiple occasions that he failed to do work around the house that she paid him for.

Walker admitted to accepting $2,500 from Littlefield and said he spent the money on drugs. Walker said Littlefield intended to have Runyon take the blame for Kelley’s murder, claiming the pair had a tumultuous relationship.

Walker recounted an instance in which Littlefield asked her daughter if she would be willing to go to prison for the rest of her life. Runyon told Walker that she planned to go along with the plan.