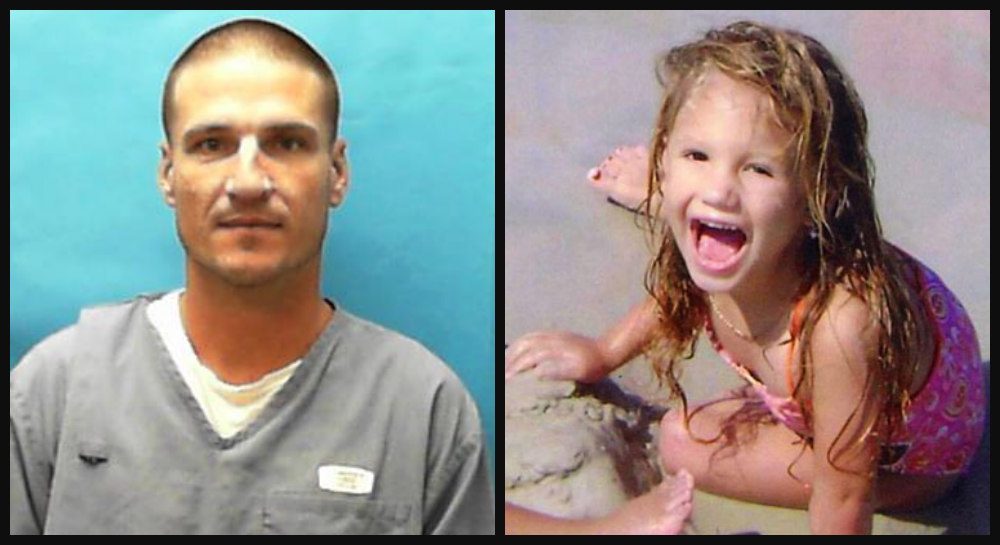 Dad of Missing Haleigh Cummings is Getting out of Prison Today

The father of missing Florida girl Haleigh Cummings is set to be released from prison Wednesday.

According to the Florida Department of Corrections, Ronald Cummings, who has been behind bars since 2010 for drug trafficking, will be released from the Lake Correctional Institute in Clermont.

In 2010, Cummings pleaded guilty to drug trafficking, a year after his daughter, 5-year-old Haleigh, mysteriously vanished from their Satsuma home.

Although Cummings has never been named a suspect in his daughter’s disappearance, his former girlfriend, Misty Croslin, was the last person to see Haleigh before she disappeared. She, too, was arrested for drug trafficking in 2010. Her release date is scheduled for 2031.

The founder of the National Center for Missing and Exploited Children, Jay Howell, reportedly said that Cummings’ release could potentially help solve the case of his missing child.

“He’s (Ronald Cummings) always said he’s wanted to resume the search for his daughter and any attention to the case is helpful,” Howell said.

Cummings’ mother told News4Jax that she plans to pick her son up from prison upon his release.

Croslin was alone with Haleigh and her brother in the family’s Satsuma home when Haleigh disappeared on February 12, 2009. Croslin told police did laundry that night and went to sleep at around 10 p.m.

She said Haleigh was sleeping next to her in the same room, on a mattress on the floor. Croslin said she woke up to use the restroom and discovered Haleigh was gone and the back door was open.

As police investigated, they determined Cummings and Croslin lived in a world of violence and drugs. However, Croslin has never been charged in Haleigh’s case.

Investigators believe someone who knew Haleigh and/or the family is responsible for her disappearance, but no one has stepped forward with information that would lead to her whereabouts.

On the 10th anniversary of Haleigh’s disappearance, the Sherrif’s Office said they believe Haleigh may have died from an accidental overdose. They added that someone likely placed the child’s body in a river.

Anyone with information on the case should contact Northeast Florida Crime Stoppers at 1-888-277-8477.