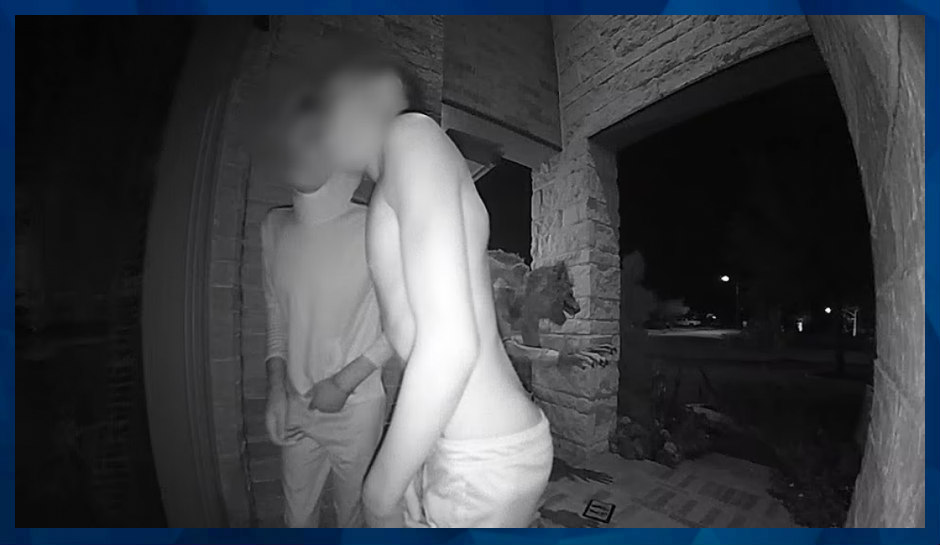 A Texas woman and her boyfriend are behind bars after police say two teens escaped a Cypress home and told neighbors they were being abused.

According to KHOU 11, two 16-year-old twins (a boy and girl) arrived at a neighbor’s home in Cypress at around 5:30 a.m. Tuesday. The twins were barefoot and shivering, according to a woman who helped them. The boy had no shirt on, despite the cold weather and they were both hungry and “skinny.”

The woman let the children inside her home, fed them, and kept them warm while they told her about the alleged horrors they endured at their home.

“They were so skinny and so frail. They just looked like they had been through a lot,” the woman said. “They told me that their mom kept them locked in the laundry room, naked, zip tied from the ankles and handcuffed from the wrist.”

“The girl was saying, ‘This is what’s going on,’ and the boy was just, all he could think about was food. They sat down, both of them said they were hungry. They started eating and saying how they moved from Baton Rouge to here.

“They would only feed them a sandwich, only if they were quiet the whole day, if they made any type of noise they wouldn’t be fed. How a mother could do this to her kids and… I feel like my tears are out of frustration anger and sadness.”

When investigators interviewed the twins, they reportedly said they were not allowed to use a toilet and were made to drink their own urine and live in the laundry room, which was filled with feces. When they wanted to bathe, their mother allegedly made them use dirty mop water.

Both children were injured with cuts and scars, and malnourished. The boy had a healing fractured bone. The twins added that their 12-year-old brother was also being abused.

Police detained the children’s mother, identified as Zaikiya Duncan, 40, along with her boyfriend, Jova Terrell, 27. Police caught up with the pair after they allegedly fled the home with five of their children, prompting an AMBER Alert.

Police tracked the suspects down and captured them in Baton Rouge, Louisiana. The five children had been dropped off at a relative’s home.

According to ABC 13, both suspects are facing first-degree “injury to a child” charges. Duncan has a history of child abuse. In 2012 in Louisiana, her 5-year-old child had been burned on his genitals, feet, and other body parts. Doctors said the child was likely burned with boiling water.

The twins are now in the care of Child Protective Services. The suspects will be transferred from Baton Rouge, back to Harris County for charges.