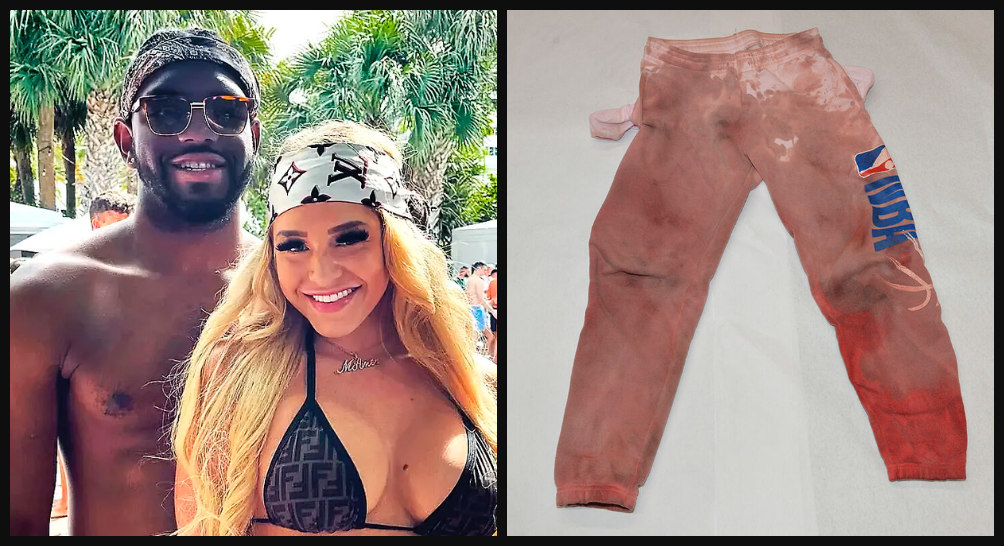 OnlyFans model Courtney Clenney, who’s accused of killing her boyfriend, Obumseli, remains behind bars on second-degree murder charges. Her defense attorneys are arguing that she acted in self-defense but prosecutors say she was the aggressor, and that the crime scene photos provide evidence of a murder.

As CrimeOnline previously reported, Clenney, 26, was arrested earlier this year in August, after police found her in Hawaii, following the fatal spat with Obumseli in April. She was brought back to Miami to stand trial for the victim’s murder. Obumseli died on April 3 at the couple’s Miami high-rise condominium.

According to CBS Miami, Clenney was photographed by police in April following Obumseli’s death. She was wearing a sports bra robe, no shoes, and NBA sweatpants drenched in Obumseli’s blood.

Local 10 News reports that police were called to the couple’s high-rise unit at One Paraiso Condos on numerous occasions for domestic dispute incidents. In one instance, Clenney can be heard saying she wants a restraining order against Obumseli.

Two days after one of the visits, Clenney allegedly stabbed Obumseli in the chest.

The defense argued that Clenney feared for her life.

“She was in a struggle for her life. She defended herself, and unfortunately, he’s deceased, but she defended herself with every ounce of energy she had left,” defense attorney Frank Prieto argued, claiming, “Mr. Obumseli was the abuser.”

Prosecutors argued that during their two years together, Clenney abused the victim numerous times through various means, such as hitting him with a phone, stabbing him in the leg, spitting on him, and slicing his lip with a knife.