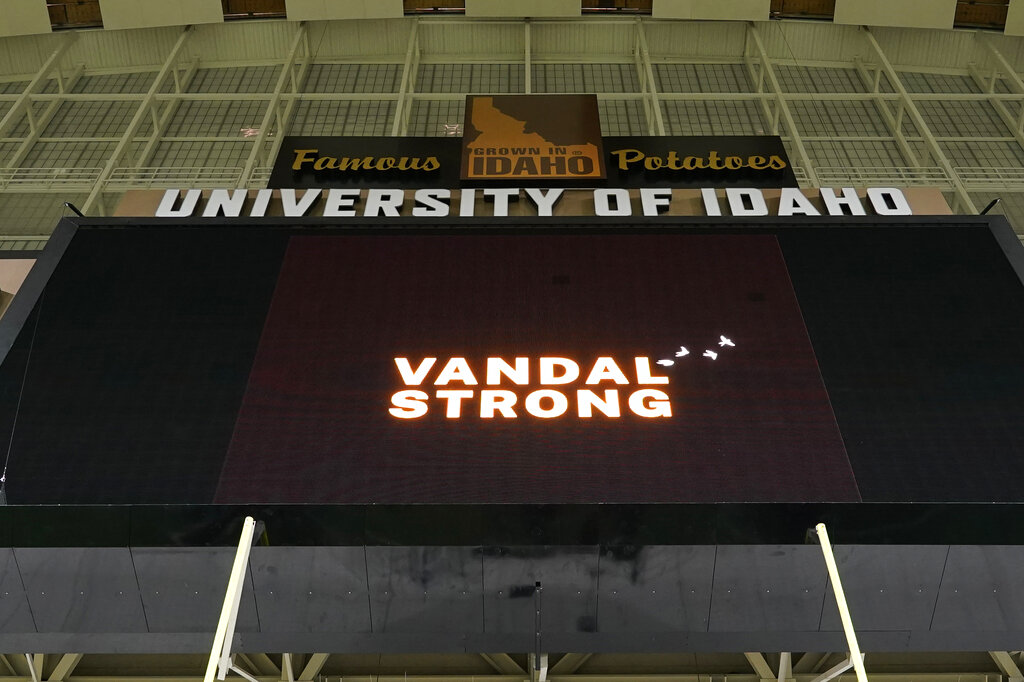 It’s been more than a month since four University of Idaho students were found stabbed to death in off-campus housing.

Families of the victims have complained that they are not being kept informed by Moscow Police. Today the Moscow Police Department says they are holding some of the information they have close to the vest so that the investigation isn’t compromised.

Today on Crime Stories, Nancy Grace talks to a former homicide detective who has visited the area of the home and reveals that he found a glove outside the home and pointed it out to police.

[Featured image: A sign that reads “Vandal Strong,” with the image of four birds flying away from it, is shown Wednesday, Nov. 30, 2022, on a video display at the Kibbie Dome in Moscow, Idaho, during a vigil for the four University of Idaho students who were killed on Nov. 13, 2022. (AP Photo/Ted S. Warren)]