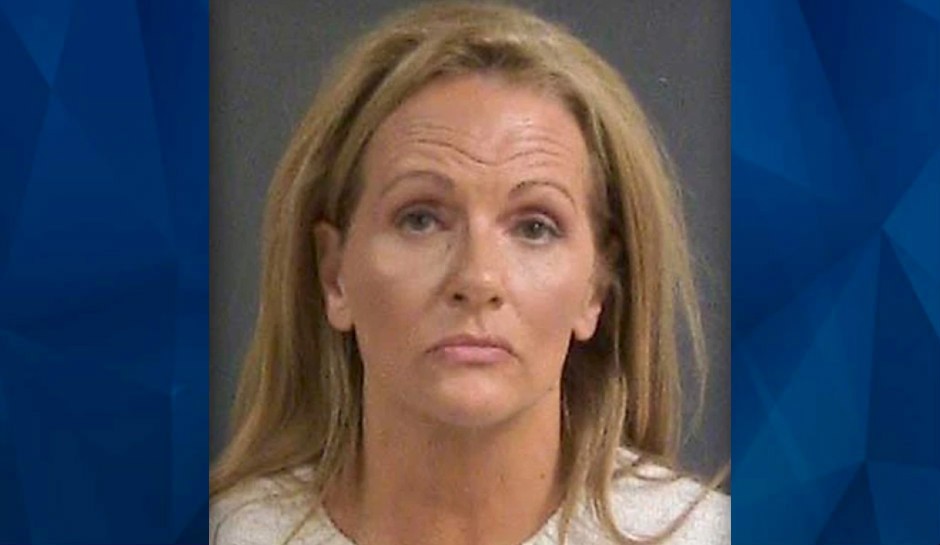 A woman allegedly attacked her husband at a South Carolina airport Tuesday after police say she found “several indecent photos” on his phone.

According to WCSC, 55-year-old Paula Barbour was arrested at the Charleston airport Tuesday afternoon and charged with third-degree domestic assault.

Arrest records indicate that officers arrived at the scene and found Barbour physically fighting with her husband. Police broke up the fight, and during questioning, Barbour said they were on their way to South Carolina for vacation when she discovered the photos on his phone.

Police pulled security footage and saw Barbour kicking her husband in the legs, attempting to hit him in the face, and throwing his cell phone. Airport police gave the arriving officers the same version of events but said they didn’t see Barbour kicking the victim.

Barbour reportedly admitted to attacking her husband but claimed she wanted to get away from him. It’s unclear if the photos were of her or someone else.

“The suspect stated that she just wanted to get away from the victim and fly back home,” the incident report said.

Barbour was arrested and taken to the Al Cannon Detention Center. She was released the following day on a $5,237 bond.