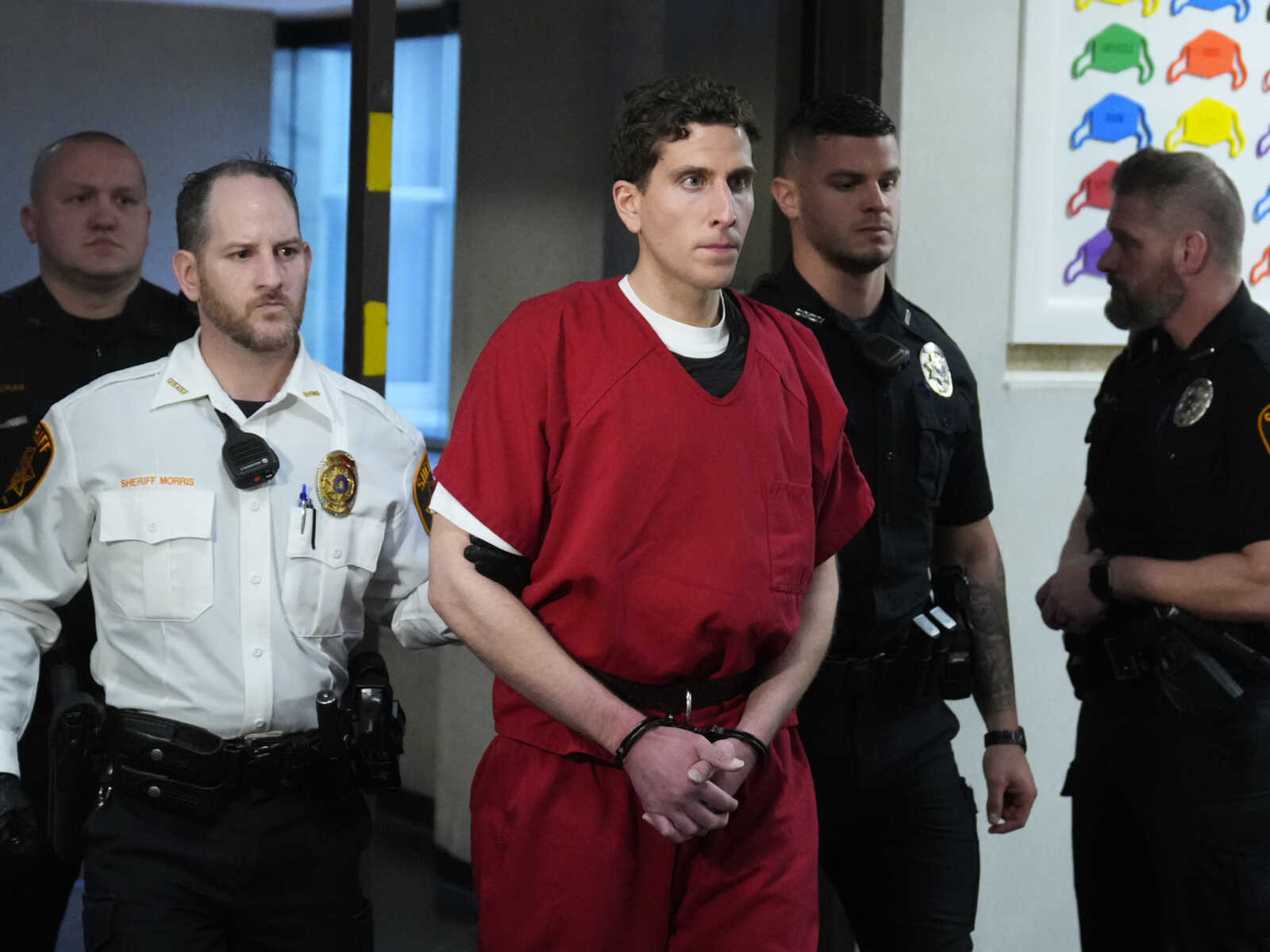 The alleged killer of four University of Idaho students flew in a private plane Wednesday as he was extradited from Pennsylvania to Idaho to face murder charges.

TMZ spotted Bryan Kohberger at Willard Airport in Champaign, Illinois, where the 2015 fixed-wing, single-engine Pilatus transporting the suspected murderer made a refueling stop. TMZ reports the plane is owned by the Pennsylvania State Police.

Photos obtained by TMZ show Kohberger being escorted into the Flightstar building to relieve himself. The outlet reports that the entire airport was locked down and evacuated while he was in the building.

After Kohberger used the facilities and the plane refueled, TMZ reports that Kohberger boarded and the flight took off without incident.

While U.S. Marshals usually handle transporting prisoners across state lines, the FBI is reportedly transporting Kohberger, according to Insider.

“Usually, US Marshals transport prisoners heading across state lines…But on this occasion, the FBI is handling that per their request,” Brady McCarron, deputy chief of public affairs for the US Marshals Service said.

Reporter Brian Entin was at Pullman-Moscow Regional Airport when Kohberger landed. He tweeted that Kohberger appeared to be wearing body armor as he was escorted off the plane.