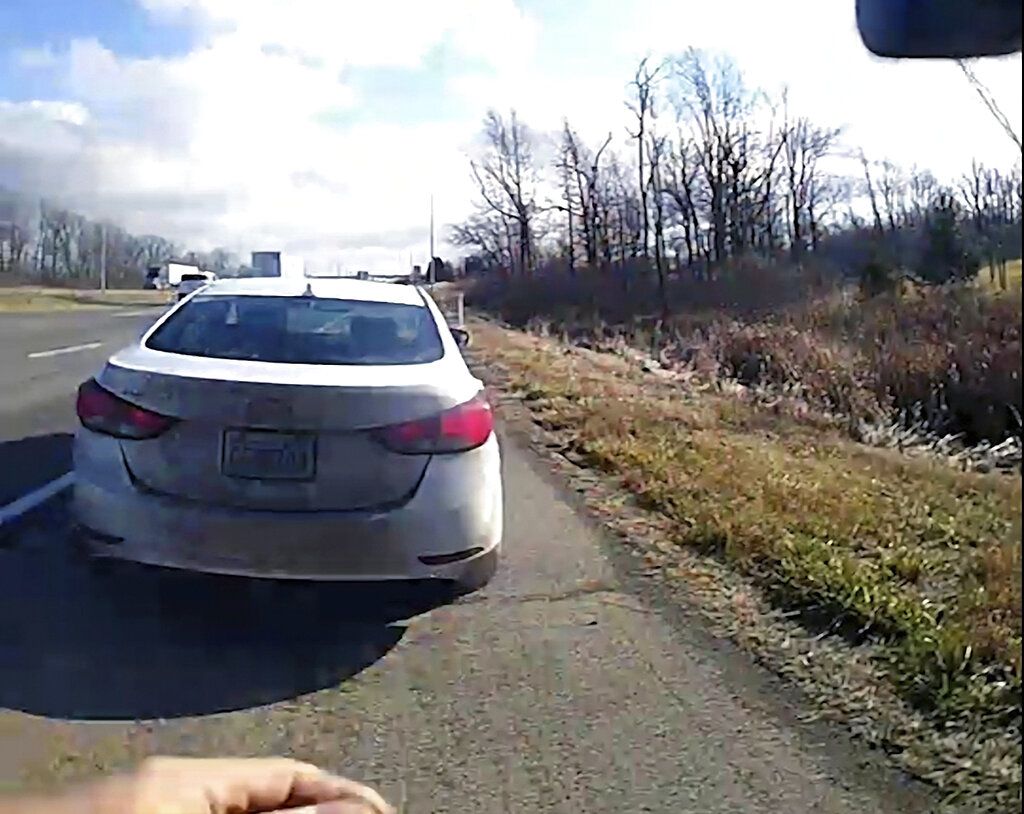 A video released in connection with the quadruple University of Idaho murders could possibly show that murder suspect Bryan Kohberger returned to the crime scene in his white car after the slayings.

According to police, Kohberger’s phone pinged five times on November 13 near the murder scene in Moscow. A probable cause affidavit indicated that those particular pings happened around five hours after the murders of Ethan Chapin, 20; Madison Mogen, 21; Xana Kernodle, 20; and 21-year-old Kaylee Goncalves.

The affidavit refers to Kohberger’s cellphone as “8458 Phone.”

“Further review indicated that the 8458 Phone utilized cellular resources on November 13, 2022, that are consistent with the 8458 Phone leaving the area of the Kohberger Residence at approximately 9 a.m. and traveling to Moscow, ID,” the affidavit reads.

“Specifically, the 8458 Phone utilized cellular resources that would provide coverage to the King Road Residence between 9:12 a.m. and 9:21 am.”

As CrimeOnline reported, the victims were stabbed dead in their off-campus rental home on King Road. Police said the killer used a knife to murder the students.

News footage showed someone driving a white Hyundai Elantra near the King Road home several times between 3:29 a.m. and 4:04 a.m. on the morning of the murders. The same car was captured again fleeing the area at around 4:20 a.m., Fox News Digital reports.

Footage obtained from Washington State University Pullman, where Kohberger studied as a criminology major, showed a white Hyundai Elantra leaving the campus, headed toward Moscow, a little before 3 a.m. on November 13. Hours later, the same car returned to the campus at 5:25 a.m.

On November 14, security footage captured white cars going by the crime scene a few times. According to the affidavit, the cars passed near the crime scene at least twice. At around 2:08 p.m., as police walked the band field near King Road, a Fox News Digital camera captured a white car driving on Nez Perce Drive.

An ABC 7 news camera also captured a white car as a reporter recorded the scene live. The white car is seen briefly driving by over the reporter’s shoulder.

Meanwhile, Judge Megan Marshall issued a gag order in the case, preventing investigators and attorneys from commenting publicly. Kohberger remains behind bars without bail on four counts of murder and a burglary charge.

[Feature Photo: In this image from a bodycam video provided by the Hancock County Sheriff’s Office, a white Hyundai Elantra occupied by Bryan Kohberger and his father is seen on a deputy’s body camera video during a traffic stop on Thursday, Dec. 15, 2022, in Hancock County, Ind. Bryan Kohberger, accused in the November slayings of four University of Idaho students, had a first court appearance on Jan. 5, 2023 in Latah County Court in Moscow, Idaho on first-degree murder charges. (Hancock County Sheriff’s Office via AP)]