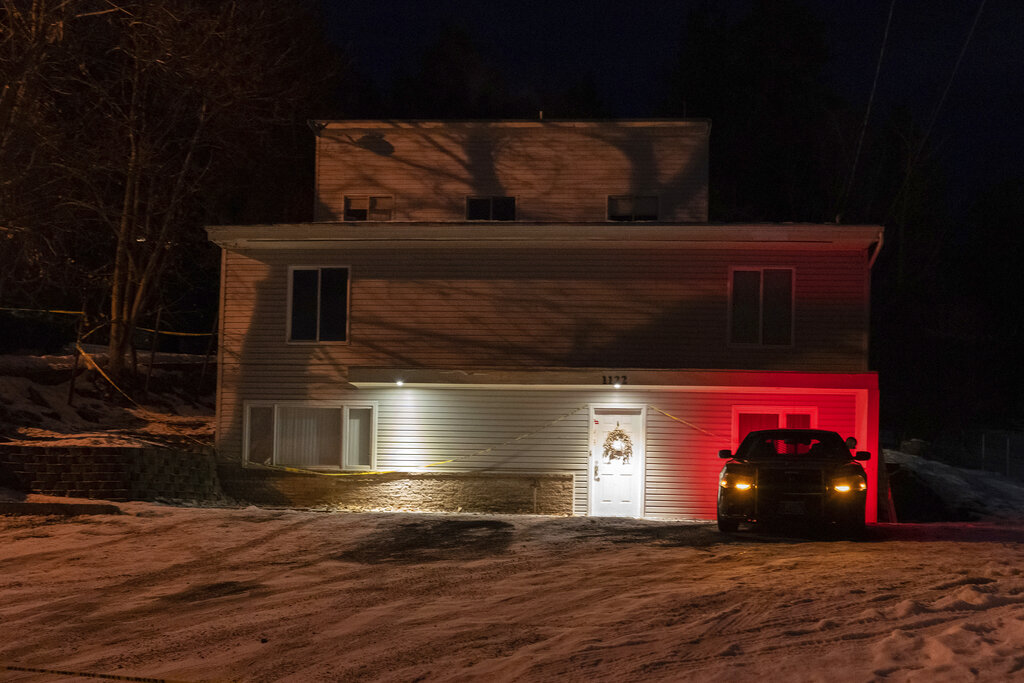 CrimeOnline’s Nancy Grace says a security camera near the eerily quiet home where four University of Idaho students were murdered in November could have picked up whimpering on the night of the slayings.

Grace, who sat around 20 feet in front of an apartment by the home off King Road in Moscow Wednesday night, described the scene as the “Universe frozen in time” and quiet enough for her to hear a baby crying in a nearby apartment.

“You know, to everybody on the panel, you’ve all been to crime scenes, murder scenes,” Grace said to her guests on Thursday’s ‘Crime Stories’ episode. “But I’ve only felt this feeling at a couple of murders in the past.”

“It’s very eerie here. It’s quiet. I was saying earlier that it feels like you’ve gone into an empty church or you’re out in a cemetery. There’s just a very eerie feeling around the house.”

“My point is that the video cam, the security cam, about 50 feet away from the murder house, appears to have caught whimpering, muted, whimpering at the time we believe the murders occurred of those four students,” she continued.

“And from what I can tell now, that is entirely possible, if not overwhelmingly probable. I mean, I can hear everything that’s happening right beside me and out on the street.”

Kohberger remains behind bars without bail. His next hearing is scheduled for June

[Featured image: A private security officer sits in a vehicle, Tuesday, Jan. 3, 2023, in front of the house in Moscow, Idaho where four University of Idaho students were killed in November, 2022. Authorities said Wednesday, Jan. 4, that Bryan Kohberger, the man accused in the killings, has left a Pennsylvania jail in the custody of state police. The move means Kohberger could be headed to Idaho to face first-degree murder charges. (AP Photo/Ted S. Warren)]