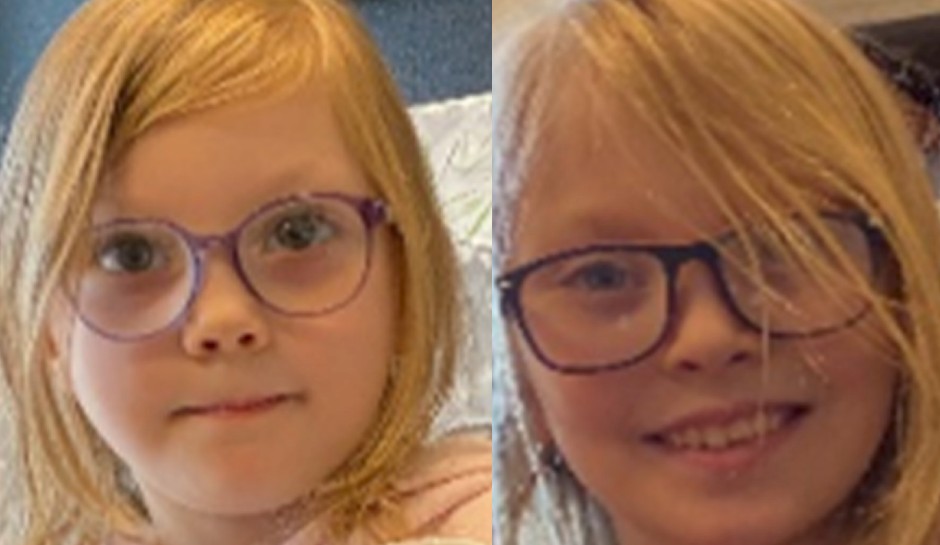 A Texas man is in jail on kidnapping charges while McKinney police continue to search for the children’s grandmother, who allegedly took them during a supervised visit on Thursday.

According to McKinney police, an AMBER Alert has been issued for Jessica Burns, 9, and Jennifer Burns, 6, who were last seen Thursday evening at a McKinney restaurant at 320 North Central Expressway.

Police say the girls were “having a supervised visit with their non-custodial father, along with CPS, who had temporary custody of the girls,” when they vanished, ABC 8 reports. As of Friday morning, the children, along with their grandmother Jame Burns, 60, have not been found.

The children’s father, Justin Burns, also believed to be involved in the incident, was arrested and charged with two felony counts of kidnapping. He’s currently behind bars in Collin County.

McKinny police believe that the girls are in “in grave or immediate danger.” They could possibly be in a Black SUV with silver door handles and a white scratch on the front.

Jessica Burns is 4-feet-10-inches tall and weighs around 90 pounds. She was last seen wearing dark-frame glasses, a long-sleeve red shirt with black shoulders/sleeves, and blue jeans.

Jennifer Burns is 4-feet tall and weighs around 60 pounds. She was last seen wearing purple-frame glasses, a light blue shirt with a sparkling design on it, and blue jeans.

Jame Burns is 5-feet-2-inches tall and weighs around 230 pounds. She was last seen wearing black clothes.

Anyone with information about the case is urged to contact the McKinney Police Department at 972-547-2700 or call 911.