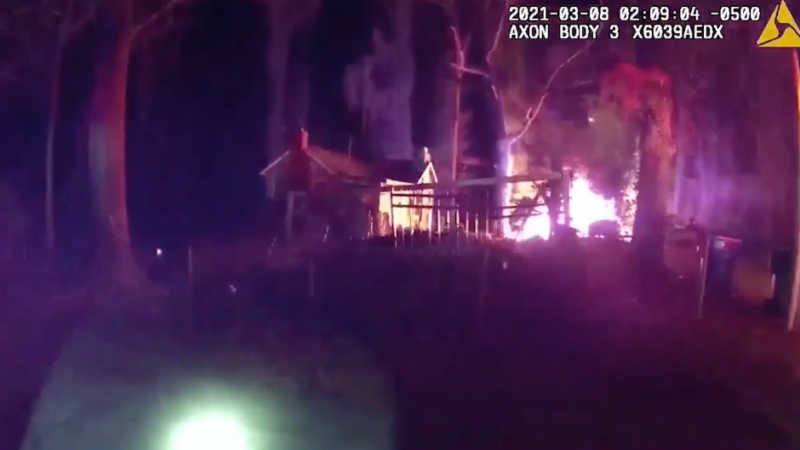 – Officers with the Atlanta Police Department responded to a vehicle fire on March 7.
– A dog owner told the officers that the pet was tied up near the car fire.
– “The officers quickly leapt into action, placing themselves in harm’s way to free the dog,” APD said.
– The dog “maintained his composure” and bravery while the officers rescued him.
– We give him a 12/10. He’s a good boy,” APD said.