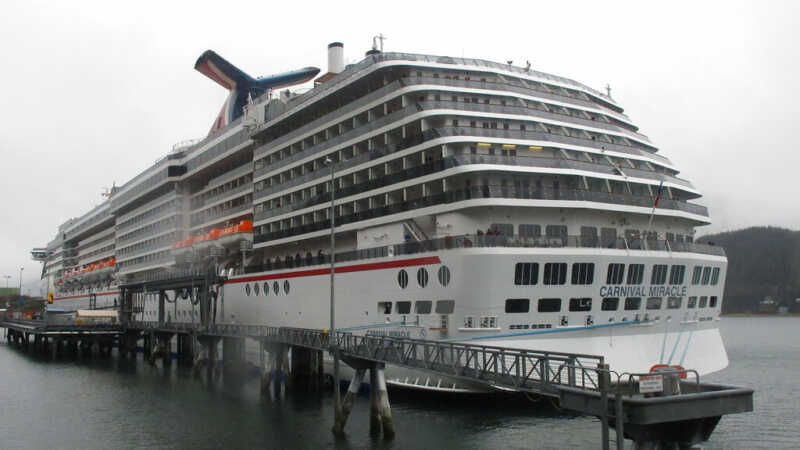 The FBI has taken over the investigation into a Carnival Cruise ship passenger who went overboard early Saturday morning. The woman, said to be in her mid-20s, reportedly plummeted from her 5th floor stateroom balcony into the Pacific Ocean, as CrimeOnline previously reported. Federal agents boarded the Carnival Miracle when it returned to its Long …

The family of a cruise ship singer found dead in her cabin almost five years ago is fighting police to reopen her case. Jackie Kastrinelis, 24, was found dead on the Seven Seas Voyager near Darwin, Australia, in February 2013. The Massachusetts-native had worked on the cruise ship for two years and planned to audition for …

‘I want my mommy!’: Witnesses describe heartbroken teen’s words after her mom was murdered aboard cruise ship

A passenger aboard the same cruise ship where a husband reportedly killed his wife last Tuesday, witnessed a heartbreaking scene as she watched the couple’s teen daughter cry out for a mother who was no longer with her. Natalie Beckstrom, a passenger aboard the Emerald Princess cruise ship, met Kristy Manzanares, 39, and her family at a Seattle hotel …

A search is underway for a Florida man who went overboard on a Carnival cruise ship on Wednesday, near Cuba, the U.S. Coast Guard said. ABC News reports that Brandon Paul, 23, fell from the eighth deck of a Carnival Victory cruise ship. The incident occurred around 3 a.m. The ship was around 30 miles north of Pinar Del Rio, …

Daniel Belling, a 45-year-old Apple computer consultant, was arrested for murder when he disembarked from a cruise ship and crew members noted that his wife, Li Yinglei, 36, was not among the passengers. The couple began a 10-day Mediterranean cruise on February 10 with their two small children. At some point on the cruise, Li disappeared, …