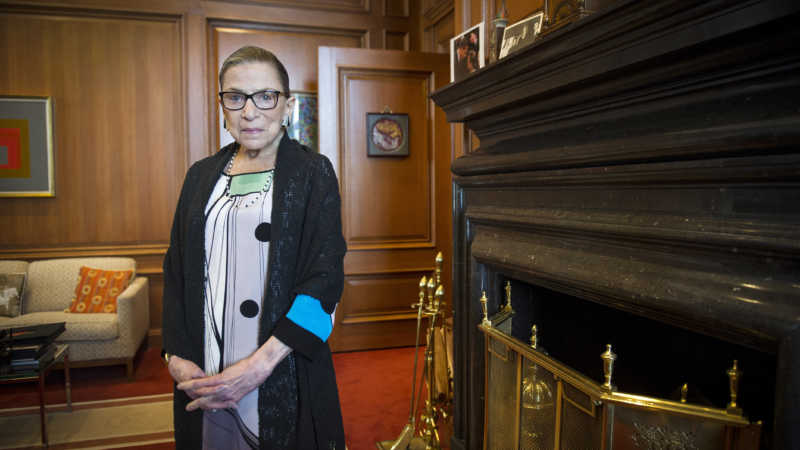 – The coffin of the late Justice Ruth Bader Ginsburg arrived at the Supreme Court Wednesday morning.
– The coffin will lie in repose for two days.
– Ginsberg, 87, passed away on September 18 from pancreatic cancer issues.
– Ginsburg, known affectionately as “RBG,” had served on the Supreme Court for over 27 years.
– Ginsburg was the first Jewish justice of the Supreme Court, and the second woman.
– ‘Ruth is gone and we grieve,’ Chief Justice John Roberts said in his eulogy. ‘Of course, she will live on in what she did to improve the law and the lives of all of us.’
– Ginsburg’s casket will be open for public viewing from 11 a.m. to 10 .pm. Wednesday, and from and 9 a.m. to 10 p.m. Thursday.
– Ginsburg is the first woman to lie in state at the U.S. Capitol.
– Ginsburg was the first woman to be hired with tenure at Columbia University School of Law.
– In 2019, Ginsburg won the Berggruen Prize for Philosophy & Culture after her contributions to social justice and equality.
– In 2020, Ginsburg was the recipient of the National Constitution Center’s Liberty Medal.