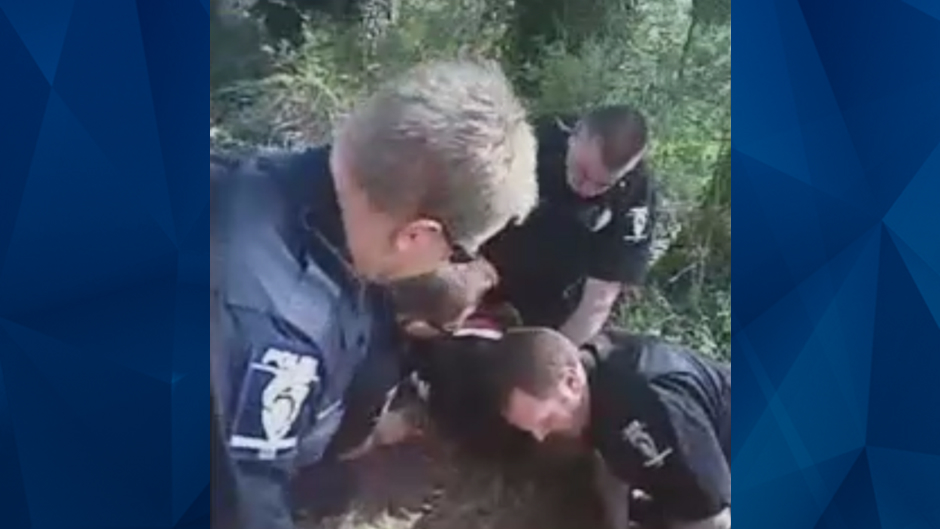 In addition to punching and elbowing an unarmed man, a video captured a North Carolina cop placing a gun to a man’s head and threatening to kill him.

WBTV reported that the Charlotte-Mecklenburg Police Department (CMPD) stopped a car they believed was connected to a string of larcenies on March 26, 2016. During the stop, James Yarborough, a passenger in the car, allegedly ran from officers.

Following a several-minute-long chase, four officers struggled to apprehend the man. At one point, an officer is heard telling Yarborough, who is on the ground, to stop resisting while another Officer John Dunham is captured putting a gun to his head and saying, “I will kill you, you understand? Give me your hand, now!”

The entire incident was recorded on officers’ body cameras. While Yarborough was originally charged with misdemeanor resisting a public officer, assault on an officer inflicting serious injury, and felony felon in possession of a firearm, prosecutors dismissed all charges against him due to lack of evidence.

An investigation carried out by CMPD’s Internal Affairs Division cleared all four officers of any wrongdoing. The department also pointed out that a gun was recovered from the car’s passenger area. CMPD Major Stella Patterson claimed that Officer Dunham “reasonably believed” that the man had a gun on him.

The CMPD continued in the statement:

“An internal investigation concluded that due to the totality of the events, Officer Dunham’s use of force did not violate department policies and or directives.  It was recommended that Officer Dunham receive additional verbal communication training following the incident. Prior to adjudication, Officer Dunham resigned from the CMPD.”

According to WSOC, Yarborough plans to sue the CMPD.