Drunk gets locked in store’s beer cooler and boozes it up all night instead of trying to get out: Cops

A Wisconsin man who accidentally got locked in a store’s walk-in beer cooler reportedly decided he would spend the night in the freezer throwing back beers instead of screaming for help.

The Washington Post reported that Jeremy Van Ert, 38, got locked in a cooler at a Kwik Trip in Marshfield a little bit before midnight on Tuesday. Van Ert supposedly consumed an 18-ounce Icehouse beer and three cans of Four Loko during the six-hour ordeal.

“We never had somebody accidentally locked in a place and not make any attempt to be rescued or get out because they’re satisfied with the circumstances,” Marshfield Police Chief Rick Gramza commented.

“He just decided to run it out for the night. It had everything that he needed.”

Police noted that the Kwik Trip is open 24 hours a day so all Van Ert had to do was knock on the door, according to KCPQ.

According to a police report obtained by the Daily Tribune, a manager discovered Van Ert in the cooler at around 6:13 a.m. Wednesday. The manager also noticed that Van Ert had helped himself to some drinks while locked inside. The report also accused him of breaking three 30-packs of Busch beer during the overnight ordeal.

The Wisconsin man allegedly made a “beeline from the beer cooler to the door without any attempt to pay for what he had consumed or broken.” He also provided no information to officers other than that he “decided to stay and drink,” the Post also reported.

Officers cited Van Ert for retail theft. WISN noted that the stunt also landed him behind bars for violating his probation by consuming alcohol. 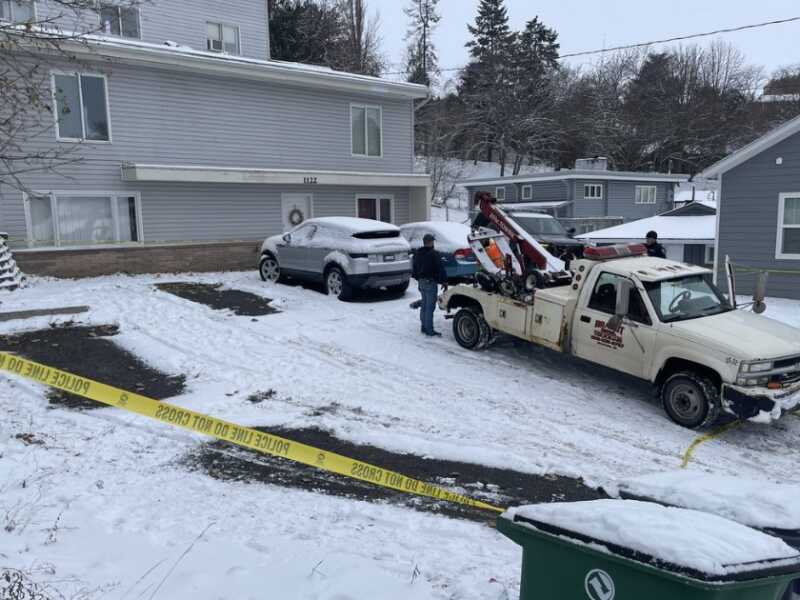