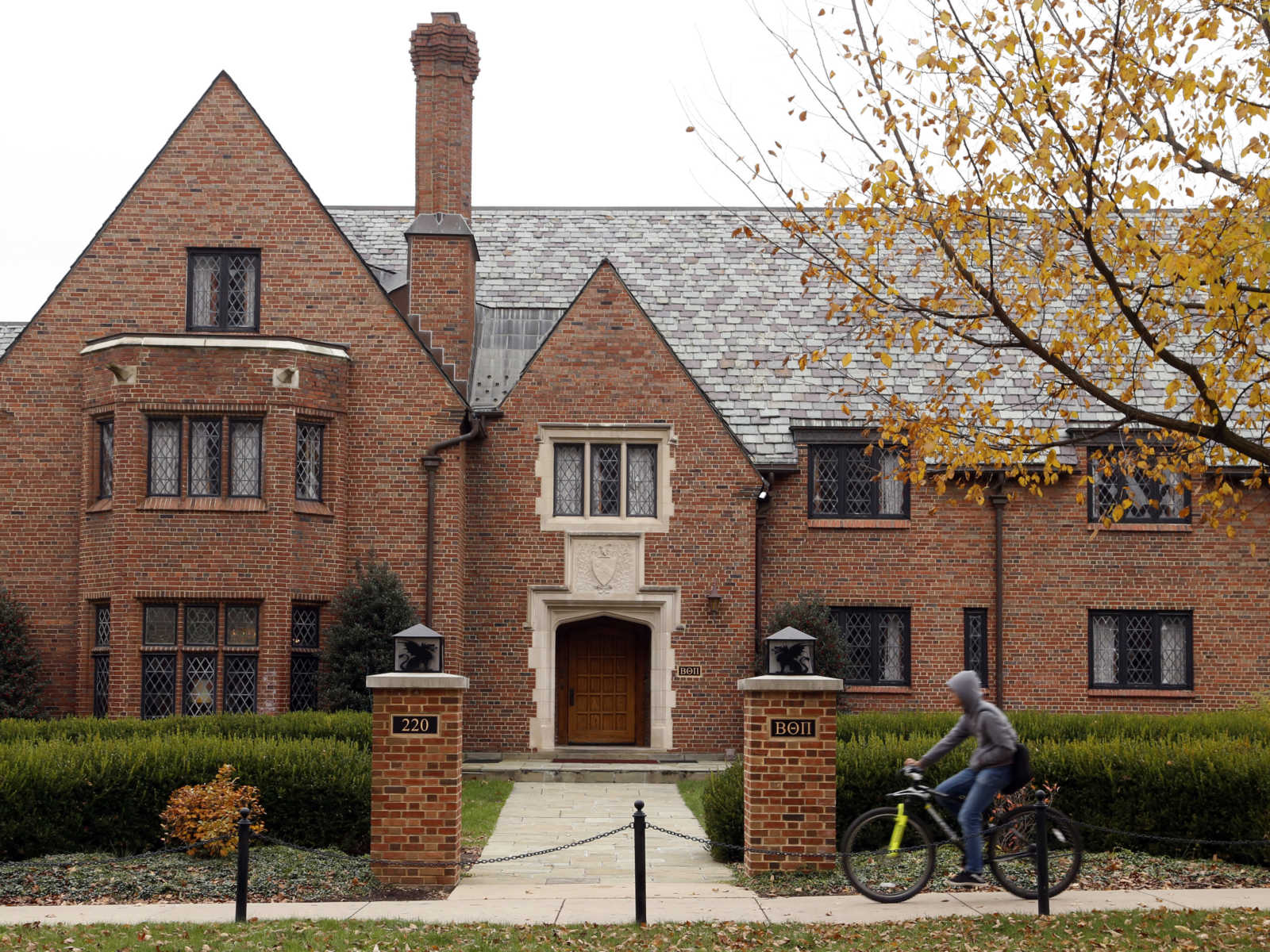 “Every drink consumed was provided to him by a fraternity brother”: DA

Newly recovered security camera footage from inside a Penn State fraternity house showed a pledge had been given at least 18 drinks in less than 90 minutes, investigators said Monday in announcing dozens of new charges related to the pledge’s death.

Centre County District Attorney Stacy Parks Miller charged 10 new defendants, reinstated charges against two people whose cases had been dropped and added counts against five who had previously been charged for actions surrounding the Feb. 4 death of Beta Theta Pi pledge Tim Piazza. One fraternity member is accused of deleting the video as police were seeking the footage.

Piazza, a 19-year-old engineering student from Lebanon, New Jersey, suffered a fractured skull, shattered spleen and other injuries, likely during a series of falls inside the house. He was estimated to have had a blood-alcohol level several times the legal limit for adult drivers.

The house’s security system captured many of the events the night Piazza was injured, footage that had already been played at a preliminary hearing for those charged previously. But until recently, that did not include the basement, where Piazza was found the next morning.

A court affidavit said one of the brothers, Braxton Becker, purposely deleted the basement footage two days after Piazza died but the FBI was able to recover it.

Becker’s motive, wrote State College Police Detective David Scicchitano, was to conceal the worst of the drinking and hazing.

Detectives also found a text from Becker the day after the party, saying Piazza “was technically hazed into drinking that much.” In another text, Becker used an expletive to say someone had argued against getting the pledges very drunk “but no one listened.”

Becker, 21, of Niskayuna, New York, was charged with evidence tampering, obstruction and hindering a prosecution. His lawyer did not return a message seeking comment.

Parks Miller said in a written statement that the basement video “clearly depicts a continuation of the hazing activity previously captured upstairs,” including giving pledges beer, wine and vodka.

“In fact, on video, Tim Piazza does not obtain his own alcohol at any point — rather, every drink consumed was provided to him by a fraternity brother,” she said.

Piazza’s father, Jim Piazza, said his family was making plans for the holidays without the son.

“Over the last several months we listened to defense arguments centered around victim blaming or how could the defendants have known they were putting someone seriously at risk since no one died before, as if they were entitled to one free death, or the catch all argument of, ‘We don’t know,'” he said.

He said “coercing someone” to drink as much as his son did “is egregiously reckless and, according to the police and the DA, is criminal.”

In September, following an unusually long, hard-fought preliminary hearing, a judge dismissed the most serious charges against the fraternity members. Parks Miller, who’s leaving office at the end of the year, then refiled many of the charges.

The most serious offenses include involuntary manslaughter and aggravated assault, while others are charged with hazing or alcohol violations.

Attorney Rocco Cipparone Jr., whose client Michael Bonatucci was accused of new counts of furnishing alcohol to minors and liquor code violations, said he hopes the next district attorney “will take a fresh look at the case and some of the charging decisions that have been made.”

A lawyer for Joseph Ems, who had previously faced a reckless-endangerment charge that was dismissed by the district judge, said he plans to seek dismissal of the three fresh charges against his client: hazing, furnishing alcohol to a minor and an alcohol violation.

“Not every tragedy is a crime,” said Ems’ lawyer, Bill Brennan. “And as tragic as the loss of this young man is, Joey Ems never should have been charged with a crime.”

Messages left for most other defendants or their lawyers were not immediately returned Monday.

The grand jury that investigated Piazza’s death, video footage and preliminary hearing testimony painted a disturbing picture of his final night inside the fraternity house.

Pledges showed signs of intoxication, and Piazza had to be helped to a couch. Piazza subsequently stumbled toward the basement steps, then fell down them.

Over the rest of that evening, fraternity members were recorded pouring liquid on him, strapping a loaded backpack to him and taking other ineffective or counterproductive steps to deal with his condition.

The next morning, fraternity members located Piazza, unconscious, in the basement. They carried him back upstairs, but it was another 40 minutes before an ambulance was summoned.