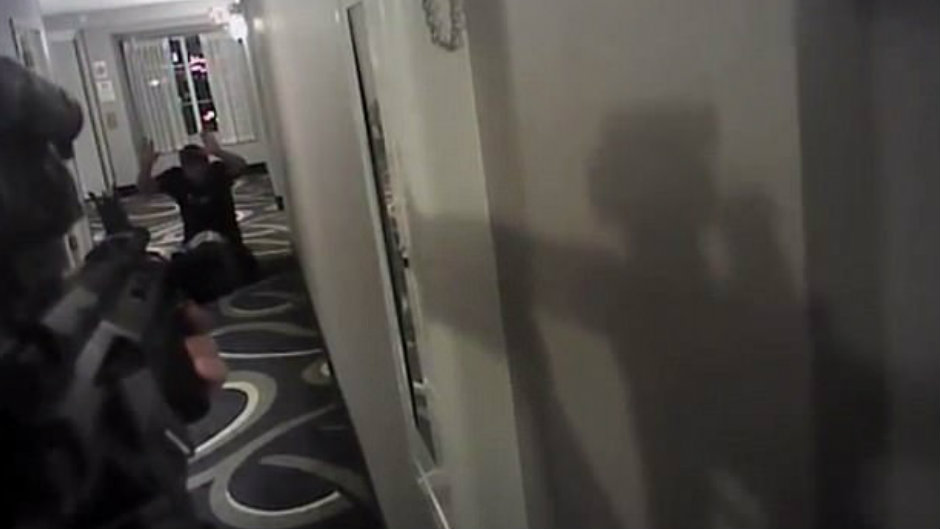 An Arizona police officer that shot a man to death in 2016 was found not guilty of murder on Thursday.

Philip Mitchell Brailsford, 27, was found not guilty of second-degree murder in the death of Daniel Shaver, 26, NBC News reports.

Shaver was reportedly visiting Mesa from Texas on business when he was shot to death. A witness reported seeing him waving a rifle from his fifth-story floor, prompting police to be called to the scene.

Police say he had been drinking when they arrived.

Bodycam footage shows officers order Shaver out of his room and to lay flat on the floor. Shaver can be heard begging police not to shoot.

“Please do not shoot me.”

Shaver is asked to crawl towards police, and as he does so he appears to reach for something at his waist.

Brailsford took this to be Shaver reaching for a weapon, so he discharges his own, killing the father-of-two.

It was later determined that Shaver had no weapon on his waistband and was most likely trying to pull his shorts up, which had fallen down as he was crawling to police, but the officer’s lawyer said his client had to make a decision to protect others in the hall.

“Mitch Brailsford had to make a split-second decision on a situation that he was trained to recognize as someone drawing a weapon and had one second to react.”

He stressed that “there are no winners in this case,” but his client felt that was his only choice. The detective investigating the case said the movement Shaver made closely resembled him reaching for a weapon.

Brailsford said during his testimony that he was “incredibly sad” for Shaver, but he was scared for the safety of the other officers and a woman who was also in the hall at the time.

Shaver’s widow and his parents have filed wrongful-death suits against the city of Mesa. She was seen shaking her head “no” as the jury read out their verdict.

Brailsford no longer works for the Mesa Police Department.