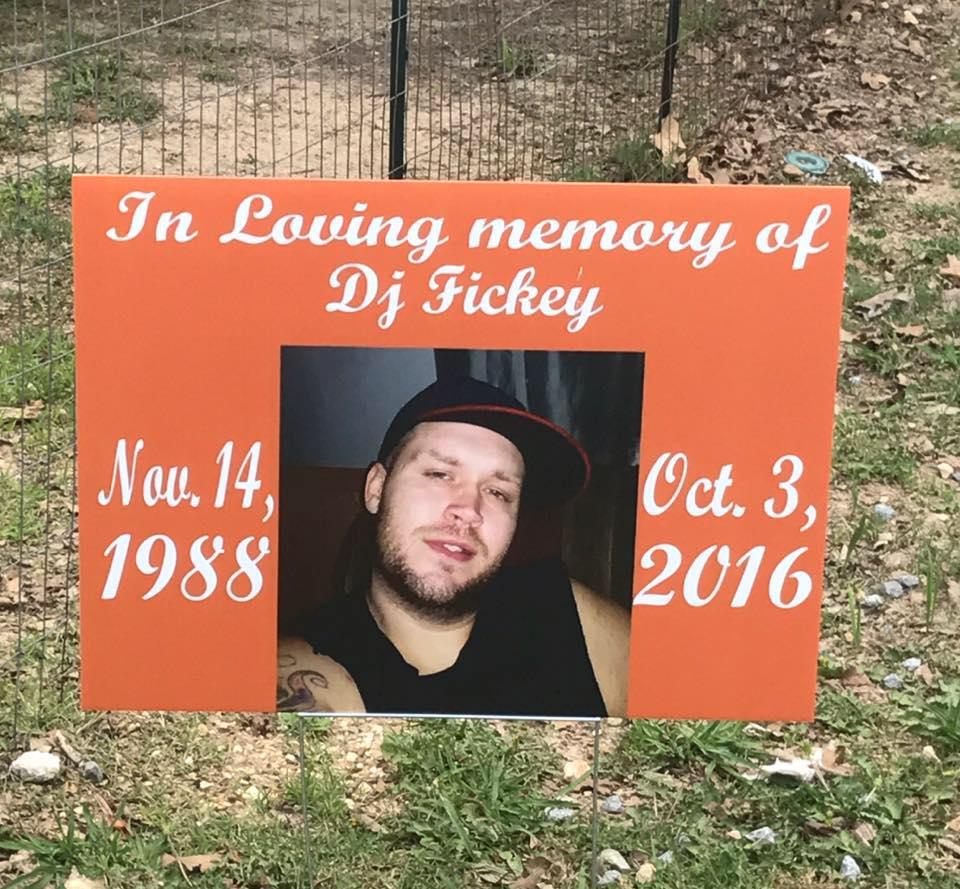 ‘He would never kill himself’: Sister fights to give dead brother justice as sheriff changes cause of death from suicide to possible homicide

A Georgia woman says her brother was murdered and that police botched the investigation from the get-go.

Donald Fickey Jr., who went by DJ, was found dead in Oct. 2016 in what authorities initially said was a suicide by shotgun. Physical evidence at the scene and some witness statements were consistent with a suicide, WDEF-TV reports.

But Fickey’s sister, Amanda Shirley, disputes that notion. She believes there’s no way her brother would have killed himself and says there is evidence to back her up. Detectives also discovered inconsistent statements by someone who called 911 about Fickey’s death, WSB-TV reports.

The television station obtained a recording of the 911 call, in which the person tells the operator that a man had shot himself.

“I tried to get the gun and it went off,” the unidentified person said in the recording.

That person would later take a polygraph test that showed he may have been dishonest about what role he played in Fickey’s death. The operator told the person in a different 911 call to take the weapon.

“Can you unload it safely and get it to the side out of the way?” the operator says in the recording.

The family has retained private investigator Eric Echols to look into the case.

Authorities have not publicly identified who called 911, but in an email to CrimeOnline, Shirley said her brother was the father of three children and that the mother of those children was seeing another man.

Shirley said her brother was a recovering drug addict and was working to get his life back on track at the time of his death. She said she felt in her heart that her brother would never take his own life.

“My brother is gone,” Shirley told CrimeOnline. “Nothing can bring him back but I hope in getting his story out there that no other family will have to go through this pain we are forced to live with everyday. My whole family is still in shock and have been traumatized by this whole situation.”

“I am asking, no begging that you will help get my brother’s story out there to be heard. I will be mailing it [information on Fickey’s death] out across the country to many different news sources, lawyers, the Governor, Senator, Nancy Grace, and whoever else I can send it to.”

Shirley claims police did not secure the crime scene and failed to properly and thoroughly investigate her brother’s death.

Although the Georgia Bureau of Investigation still stands by its determination that Fickey committed suicide, the Walker County Sheriff’s Office has changed the cause of death to a possible homicide.