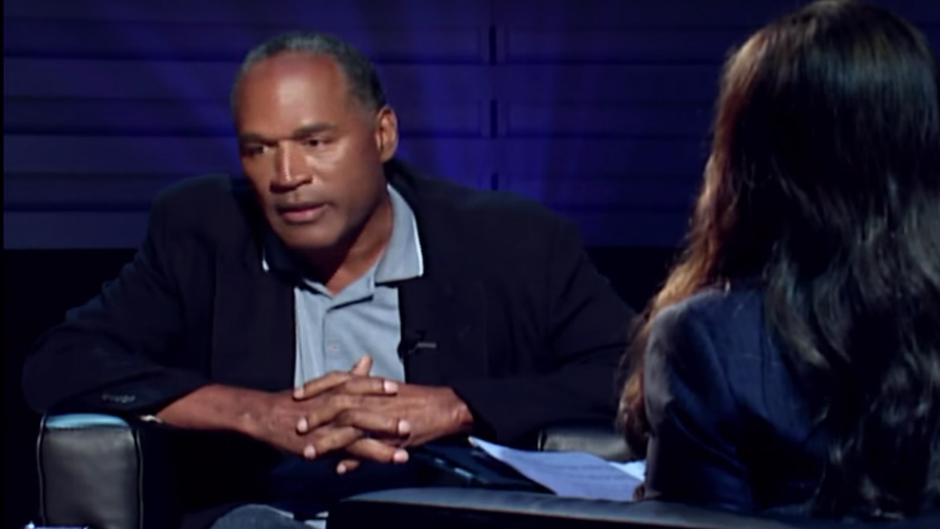 Listen: Did OJ Simpson ‘confess’ to murdering Nicole in this never-before-seen interview?

A teaser for Fox’s upcoming airing of a 2006 interview with O.J. Simpson shows him explaining why he would’ve gone to ex-wife Nicole Brown Simpson’s house the night she and Ronald Goldman were murdered.

In the 30-second clip, Simpson tells Judith Reagan, the HarperCollins publisher who pushed to get his controversial book “If I Did It” to print, that it’s “difficult” for him to relive the June 12, 1994, slaying. But Simpson goes on to offer a hypothetical scenario, suggesting that a man named Charlie saw something going on at Brown Simpson’s home, and handed the purported murderer the knife that would be used to kill her, according to CNN.

In the interview, Simpson goes back and forth between using the pronoun “I” and the word “murderer” to describe the person who may have killed his ex-wife. Simpson said the murderer blacked out and when he came to he was covered in blood, according to the tabloid.

As CrimeOnline previously reported, the book, and subsequent interviews, were pulled from publication following outrage from the public and the victims’ families. A decade later, Fox has decided to air the controversial never-before-seen interview during a two-hour special called “O.J. Simpson: The Lost Confession?” which will be hosted by Soledad O’Brien. O’Brien will be joined by analysts who will deconstruct and provide context for the 2006 interview.

According to TMZ, Simpson also recalled a 1985 incident in which he smashed Brown Simpson’s car windshield out with a baseball bat. He claimed she cried hysterically and police were called.

“She’s my wife. She’s OK … I broke the windshield. It’s mine. There’s no trouble here,” Simpson said he told the officer.

Another clip shows Simpson saying that he was angry at his slain ex-wife during her funeral. He said he doesn’t recall saying anything to his wife when he leaned over to kiss her. What he did remember is Nicole’s mother pulling him aside and asking him if he have anything to do with her murder, and he said he didn’t.

O.J. Simpson: The Lost Confession? will air with limited interruptions on Sunday, March 11 at 8 p.m.