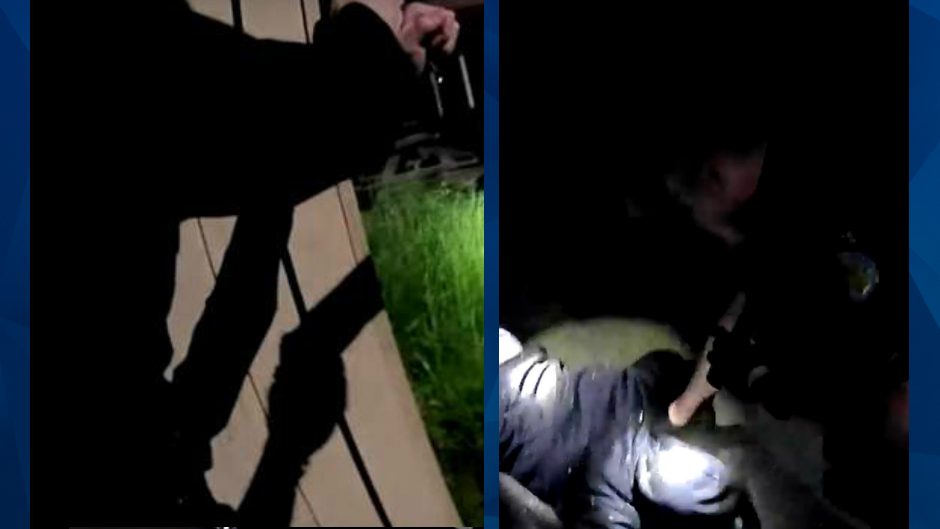 Officers fired 20 rounds at Stephan Alonzo Clark, who was reportedly holding a cellphone at the time

The Sacramento Police Department has released bodycam footage showing Sunday night’s shooting of an unarmed black man who they believed had fled after committing a series of break-ins.

The Sacramento Bee reported that Stephan Alonzo Clark, 22, was killed in the backyard of his Sacramento home. At the time, police said they were responding to calls of a person breaking car windows nearby.

During the 16-minute video, officers can be seen chasing Clark from a neighbor’s property into Clark’s backyard. At one point, deputies in a helicopter can be heard saying that the suspect smashed a window of a neighbor’s house and was looking at another car in the driveway.

About seven minutes in, an officer can be heard telling the suspect to show him his hands and stop. Seconds later, an officer is heard saying, “gun, gun, gun,” prompting police to unload a barrage of bullets.

Though chopper video showed Clark approaching the officers, ABC News reported that it’s unclear whether his arms were extended.

Stevante Clark, the slain man’s brother, told the network that his grandparents heard the shooting but believed someone was setting off fireworks. Stevante said his grandparents didn’t realize Stephan was shot until they saw officers walking outside their home, leading them to look out the window.

According to The Bee, police confirmed Monday night that the only item located near Stephan was a cellphone. Police first said they believed Clark was armed with a gun, then a “toolbar.” However, neither item was recovered from the scene.

“At the time of the shooting, the officers believed the suspect was pointing a firearm at them. After an exhaustive search, scene investigators did not locate any firearms. The only items found near the suspect was a cell phone,” Sacramento police said in a statement issued Wednesday.

In addition to bodycam video, the department released aerial footage captured by a helicopter flying overhead.