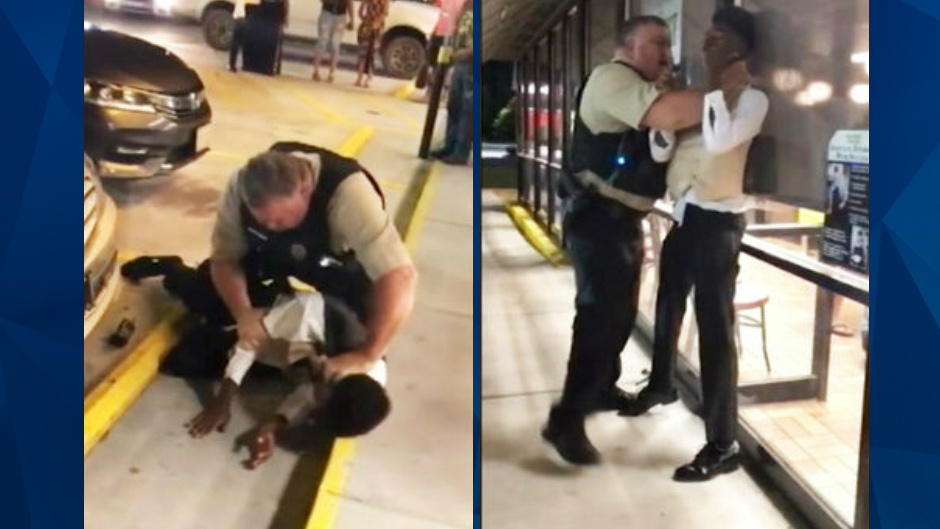 A North Carolina police officer was reportedly caught on tape slamming a man into a window at a Waffle House before putting him in a chokehold.

WTVD reported that Warsaw police are investigating after a video captured an officer in an altercation with Anthony Wall, 22. Wall had just taken his 16-year-old sister to prom when he reportedly got into an argument with Waffle House wait staff.

While it’s unclear what led up to the encounter, an officer is seen pinning Wall against a window before turning him around and placing him into a chokehold. From there, he’s spotted putting Wall to the ground with his hand over Wall’s neck.

“I was pretty much trying to scream for air and trying to breathe because he was holding my throat and that’s when I got aggressive with him because you are choking me,” Wall told WTVD.

Wall put the video on his Facebook page May 8, where it’s been viewed more than a half million times. He claimed he uploaded the video to raise awareness.

The local station reported that Wall was arrested and charged with resisting arrest. Despite this, Police Chief Eric Southerland issued a statement indicating that they’re investigating Saturday’s incident.