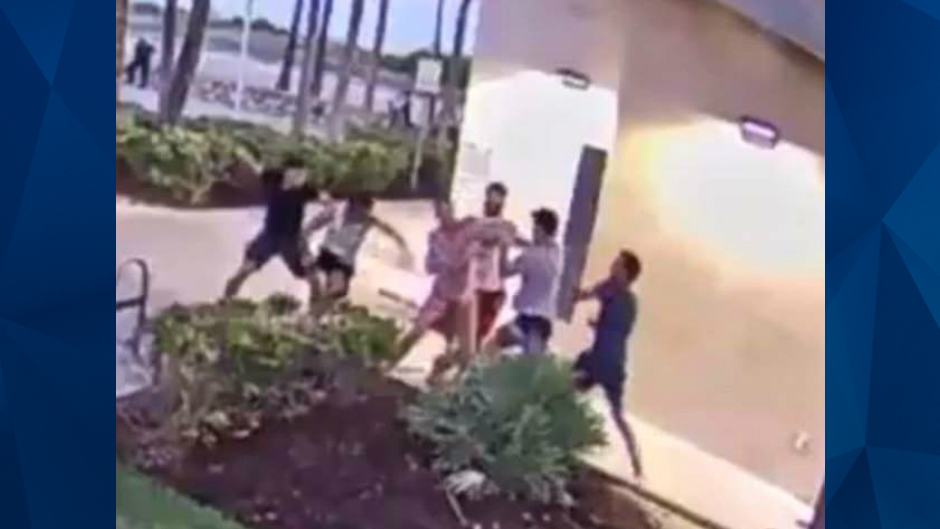 From the Miami Herald, Juan Carlos Lopez, 21, Luis M. Alonso Piovet, 20, Adonis Diaz, 21, and Pablo Reinaldo Romo-Figueroa, 21, face up to 30 years in prison if found guilty of assaulting Rene Chalarca and Dmitry Logunov on South Beach last month. The altercation is said to have occurred shortly after the pride event, when one of the victims accidentally bumped into Lopez near some restrooms.

WTVJ reported that a Good Samaritan who tried to break up the fight was also injured and required hospitalization.

The four men reportedly surrendered to Miami police two days after the incident—and a day after the department released surveillance footage to the public. Under the new charges filed Thursday, WTVJ reported that their bond amounts were increased, even though they were initially released after posting bond.

“All four of my clients condemn acts of violence toward anyone whether it’s motivated by hate toward the gay community, toward nationality or anything of that nature,” the men’s attorney, Dennis Gonzalez, told The Washington Post. “They come out and condemn that. We don’t believe there was any type of animus toward the gay community.”

Pleading not guilty to aggravated battery committed with prejudice, the Herald reported that the men are also facing felony charges for allegedly attacking the Good Samaritan and another bystander.