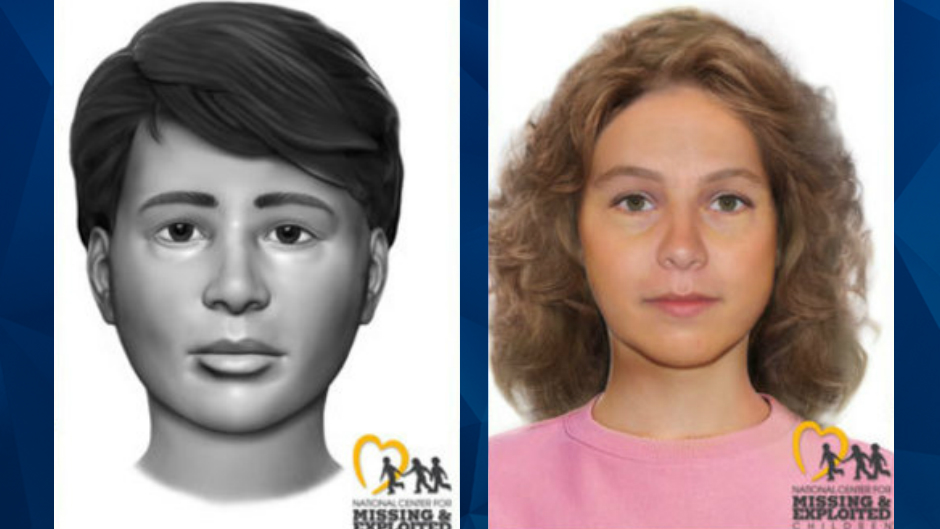 Do you know them? Decades later, authorities need help identifying remains of 2 children found on side of highway

North Carolina authorities are asking for the public’s help in identifying two children whose remains were found in Orange County in the ’90s.

In 1998, a boy was found under brush near a billboard sign near the westbound lanes of Interstate 85 and Interstate 40. He’s believed to have been dead for several months before he was found.

According to WNCT, authorities said the male is 4 feet 11 inches tall, 9-12 years old, Caucasian or Hispanic, and has straight brown hair. He was found wearing Khaki shorts, socks, and black sneakers. AL.com reported that officials also said he had a slight overbite and “fang teeth.”

In 1990, a girl’s remains were recovered from over a guardrail located on the eastbound lanes of Interstate 40. She had reportedly been dead for four to six days.

The news station reported that the female was described as being approximately 5- feet- 3-inches tall, 108 pounds, between 14-22 years old, with shoulder-length brown or blonde hair (possibly dyed) and a 3-inch surgical scar located near her appendix. She was reportedly wearing a large pink sweatshirt with three cartoon bunnies on the front, bra, ankle socks, twisted bracelet on her left wrist, and a small yellow metal ring on her left ring finger.

The boy and girl were respectively named John “Mebane” Doe and Jane “Hillsborough” Doe, after the cities where their remains were found.

While their identities remain a mystery, emerging technology from the National Center for Missing and Exploited Children recently allowed the agency to use the boy’s remains to create 3D facial reconstruction. WNCT noted that the girl’s sketch is a 2D reconstruction produced through photographs.

According to AL.com, authorities also revealed that chemical isotope and pollen testing suggests that John Doe was from Alabama or Georgia, not from North Carolina where his body was found.

This is an ongoing investigation. Anyone with information regarding John “Mebane” Doe and Jane “Hillsborough” Doe’s identities can contact the National Center for Missing & Exploited Children at 1-800-843-5678 or the Orange County Sheriff’s Office at 919-644-3050.