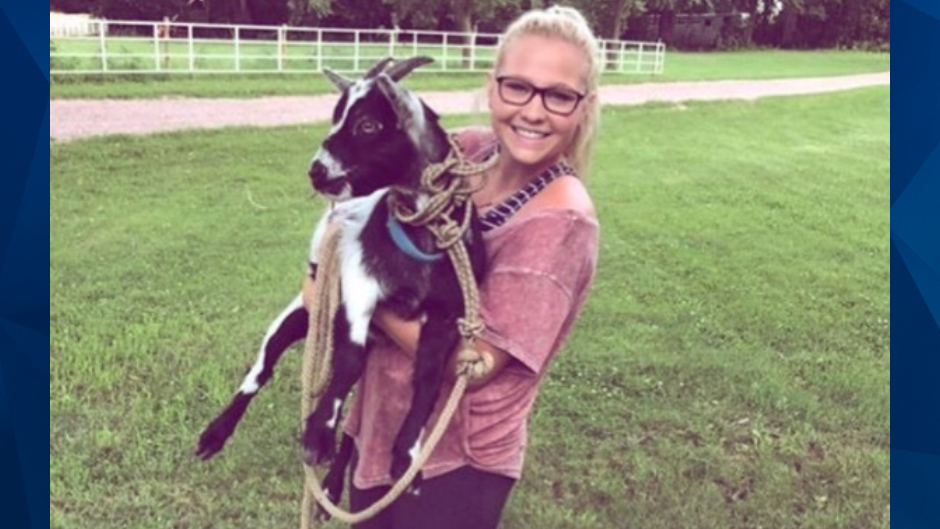 ‘A slap in the face:’ Outrage after driver fined $120 for causing crash that killed teen cheerleader

Friends and family of a 19-year-old South Dakota woman killed in a car crash are speaking out after the driver who caused the deadly collision was fined $120 and avoided jail.

Speaking with Daily Mail, mother Barb Olson, 50, described the sentence handed down in late September to Mark Begeman, 53, as a “slap in the face.” Careless driving comes with a maximum sentence of 30 days in jail and $500 fine; Caitlyn Carman’s loved ones told Sioux Falls Argus Leader that they were outraged to learn that the meager fine was the severest punishment available in this case, due to what appears to be a technicality.

With her little brother in tow, Carman was turning left on Highway 42 just outside of Sioux Falls when Begeman slammed into the back of her Honda CR-V at 63 miles per hour. The collision caused Carman’s car to go into the path of a semi-truck which struck her—killing her instantly, the Daily Mail reported.

Carman’s brother sustained a broken femur bone and lung contusions in the March 8 crash. He spent four months using a wheelchair and uses a walker to this day, according to the Daily Mail.

The Argus Leader reported that judge Eric Johnson told a courtroom packed with Carman’s loved ones that he can only fine Begeman $120 as that’s the amount that was put on a ticket given to Begeman. Begeman signed off on the careless driving citation in April.

While there was no indication that Begeman attempted to hit his brakes, he wasn’t charged with vehicular homicide because he wasn’t under the influence of drugs or alcohol, according to Keloland TV.

While Olson hoped the careless driver got a harsher sentence, she recognizes that no amount of justice can make up for the unthinkable loss.

“There is no amount of justice that can happen here because my daughter is gone,” the grieving mother told the local newspaper. “The finality of all of this is just more than a person can bear. The irony is, even if he does get 30 days in jail, I’ve received a life sentence of hell. That’s the fact. My 19-year-old baby girl is dead.”