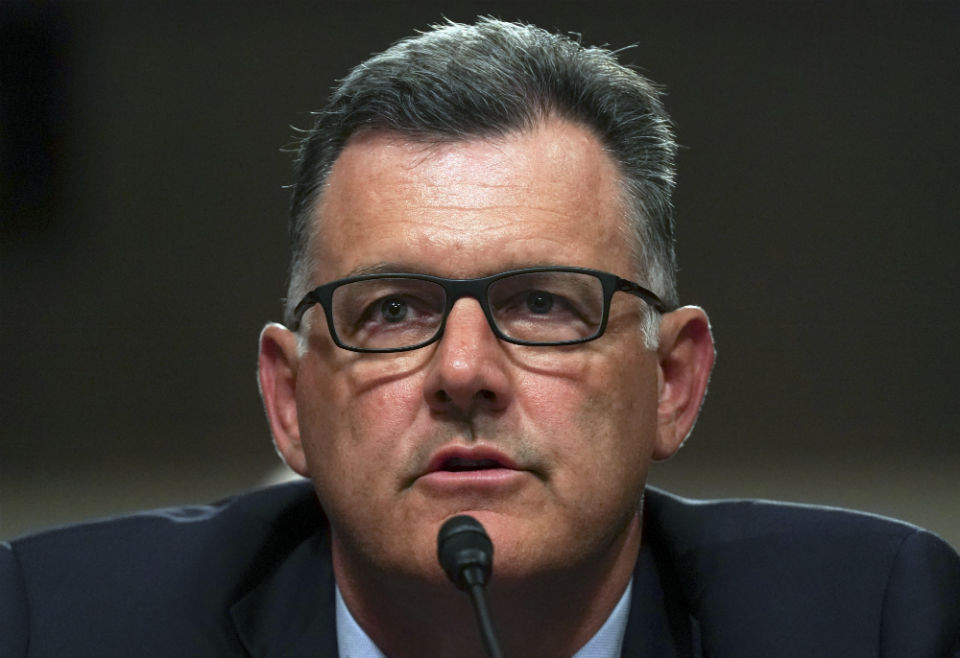 In a statement issued late Wednesday night, the Walker County district attorney’s office in Huntsville, Texas, said Penny was arrested by a fugitive task force in Gatlinburg, Tennessee, and awaits extradition to Texas.

The third-degree felony is punishable by two to 10 years in prison. It was unclear if Penny has an attorney. Messages left with USA Gymnastics weren’t immediately returned.

Penny resigned under pressure in March 2017.

The indictment alleges Penny ordered the removal of documents from the Karolyi Ranch relating to Nassar’s activities at the ranch, near Huntsville. It alleges Penny acted after learning that Texas Rangers and Walker County authorities were investigating the ranch, which was being managed by USA Gymnastics.

The indictment states the documents were delivered to Penny at the USA Gymnastics headquarters in Indianapolis, they have not been recovered and their whereabouts are unknown to authorities.
Nassar was charged in June with sexually assaulting six minors in Walker County. A former sports medicine trainer, Debra Van Horn, was also indicted on one count of second-degree sexual assault of a child. Prosecutors said Van Horn was charged as “acting as a party” with Nassar.

In Michigan, Nassar was sentenced earlier this year to decades in prison, after hundreds of women and girls accused him of molesting them with his hands under the guise of medical treatment. They said the abuse went as far back as the 1990s while he worked at Michigan State University and USA Gymnastics, which trains Olympians.

Nassar was a former team doctor for both the women’s program at USA Gymnastics as well as Michigan State University athletics.

In Texas, a number of gymnasts who had trained at the Karolyi Ranch have said Nassar sexually assaulted them there. Walker County prosecutors have said there is no corroborated evidence of wrongdoing by world-renowned gymnastics coaches Bela and Martha Karolyi, and the couple has denied wrongdoing.