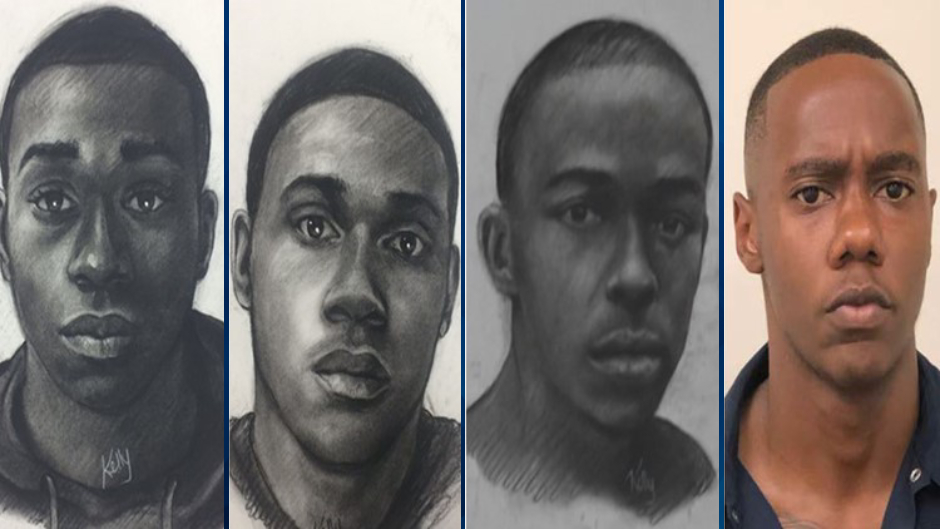 A Georgia man accused of committing at least eight rapes since 2015 was briefly hired as a police recruit by the same police department investigating the unsolved attacks, according to multiple reports.

Citing Clayton County police, the Atlanta Journal-Constitution reported that the eight victims were black women who ranged in age between 19 and 39. Five of the rapes occurred between July 2015 and May 2017 and all but one of the victims lived in an apartment or townhouse located in Clayton County.

The most recent attack connected to Kenneth Thomas Bowen III, 24, occurred in March. In that instance, the suspect allegedly forced a woman into her apartment and began raping her before he was interrupted by the woman’s boyfriend.

The Journal-Constitution reported that authorities were initially unsure whether the attacks were connected because the suspect didn’t use the same tactics to coerce the eight victims.

Although the suspect was not a certified police officer in Clayton County, he was a recruit of the Clayton County Police Academy.

Authorities said none of the attacks occurred during his three-month employment. 7News reported that Bowen joined the academy in June 2018 but was fired for showing up late to training and lying about his whereabouts.

Reimers alleged that at least three sketches which were created based on the victims’ descriptions of their attacker heavily resemble Bowen.

Though police haven’t confirmed what led them to identify the ex-recruit as a possible suspect, Reimers indicated that Bowen’s name came up during a review of previous 911 calls regarding a suspicious person in the areas where the rapes had occurred, according to WXIA.

U.S. Marshals apprehended Bowen at his job on Tuesday, the same day his DNA was found to be linked to the eight rapes. He has reportedly refused to speak to authorities regarding the allegations.

Bowen remains jailed as he faces seven counts of rape and one count of sexual battery.