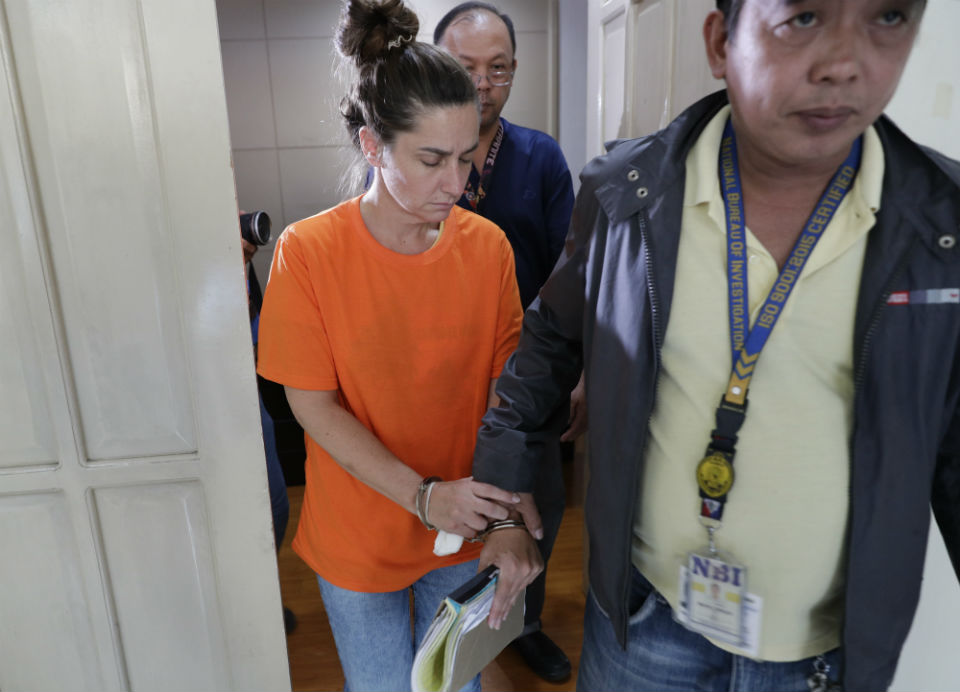 A 43-year-old American woman, caught allegedly trying to smuggle a newborn onto an international flight, has been charged with human trafficking in the Philippines, the Philippines National Bureau of Investigation (NBI) said in a press conference Thursday.

As CrimeOnline previously reported, Jennifer Talbot initially concealed the 6-day-old boy in what International Airport Investigation Division chief Manual Dimaano described as a “sling bag” early Wednesday. After passing through immigration at Manila’s Ninoy Aquino International Airport, Talbot removed the child from the bag and carried him to her gate, where she attempted to board a Delta flight to Detroit, with Columbus, Ohio, as her final destination, according to a CNN report.

Police were called to the scene when airline personnel asked for documentation for the child and Talbot could not provide it. Dimaano added that the mother of the child has been contacted and is facing charges, but the father had not been located at the time of this post.

When first questioned by authorities about the newborn, Talbot allegedly said that she was the child’s aunt, according to CNN Philippines. NBI officials said that Talbot showed investigators an unsigned affidavit that she said the boy’s mother provided to show consent to travel with the child, according to a Los Angeles Times report.

“[Talbot] has been charged with a violation of the Anti-trafficking in Persons Act of 2003,” NBI spokeswoman Auralyn Pascual said in the CNN report. “The child’s situation must have been very difficult during the time that he was put inside that bag.”