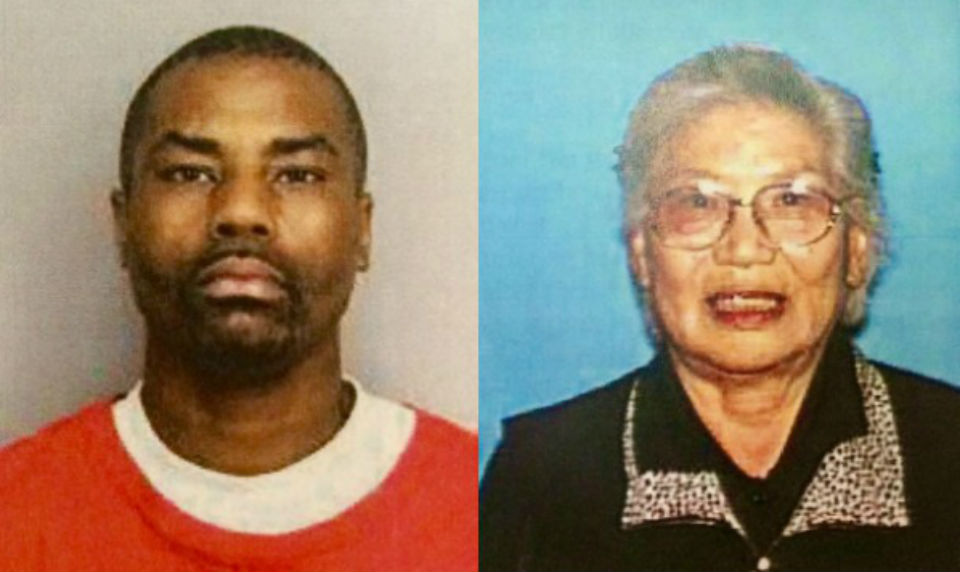 A California man accused of raping and fatally beating an elderly woman will claim he didn’t kill the victim, but instead engaged in necrophilia with her dead body, The Mercury News reports.

Authorities allege 39-year-old Jonathan Jackson attacked 81-year-old Sun Yi Kwon while she was on a morning walk in January 2012 in Richmond, California, near San Francisco.

Citing attorney statements at the murder trial on Friday, the newspaper reports that Evan Kuluk, Jackson’s lawyer, said the defense will argue that a different assailant raped and beat Kwon. Kuluk reportedly claimed Jackson was under the influence on the day of the incident – from both alcohol and LSD – when he came upon Kwon. It was at that moment, Kuluk said, when Jackson engaged in necrophilia: He thought Kwon was dead, so he masturbated over her partially nude body and touched her in inappropriate ways.

“He let his arousal get the best of him,” said Kuluk, who explained that he knew necrophilia — being sexually attracted to the deceased — was “way out of the mainstream,” but that it is a “real human phenomenon.”

“What he did was not OK,” Kuluk reportedly told jurors. “Mr. Jackson was full of guilt and shame.”

Kwon was attacked at some point before daybreak on January 28, 2012. She was dragged into an out-of-the-way tire lot, raped, beaten and then left for dead until employees found her several hours later, the Mercury News report states.

Contra Costa County Deputy District Attorney Aron DeFerrari testified that it was a “savage attack” that had gone unsolved for years until DNA tied Jackson to the scene.

“He left (Kwon) slumped over a pile of used tires, like a piece of garbage,” DeFerrari reportedly told jurors.

Kwon initially survived the attack, but it took a significant toll on her life, the report details. She was in a coma for weeks and required intensive rehabilitation. She died six months later from pneumonia. While a large tumor was found in her esophagus, a pathologist could not rule out the possibility that the attack contributed to her death, according to the Mercury News report.

Before sustaining the injuries, Kwon was physically active and mobile, someone who would go on walks for miles and travel around the Bay Area, DeFerrari reportedly said.

But after the incident, she was “a shell of her former self” who had trouble recognizing her children and could not eat or use the bathroom without assistance, he said.

“(Jackson) murdered her in January, but it took six months of suffering first,” DeFerrari said.

Kwon’s daughter, Myung Sun Kwon, testified that her mother was “very independent” before being assaulted. But after the attack, “she wasn’t the same . . . she’d say things that do not make sense,” Myung Sun Kwon said, according to the report.

When DeFerrari displayed a photo of the elder Kwon on her deathbed, Myung Sun Kwon began to cry uncontrollably. The judge then ordered a 20-minute recess.

The trial will continue Monday.