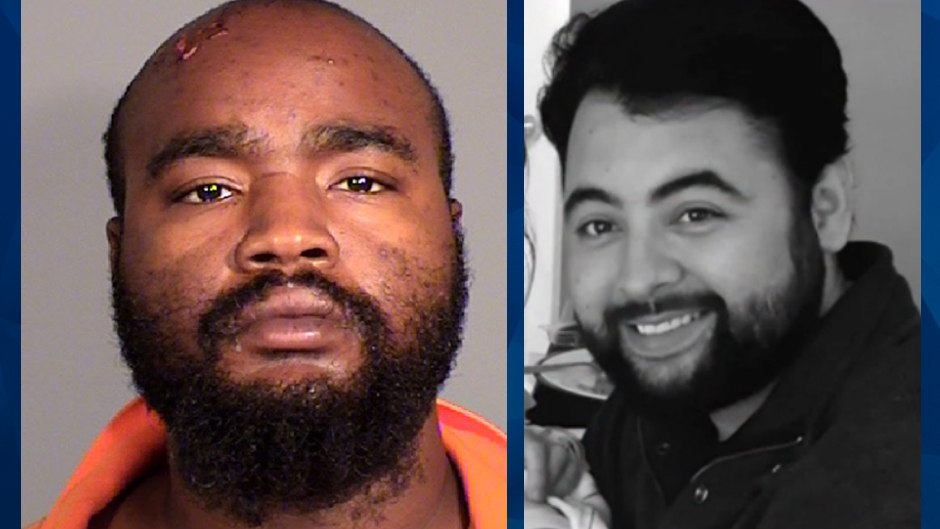 ‘Erratic’ driver in car accident shoots Good Samaritan in head, kills him as he tries to help: Docs

A man in Minnesota is facing murder charges for allegedly fatally shooting a father-of-four who attempted to help him and another driver following a crash on Monday night.

Police said Javier Sanmiguel, 31, was shot and killed following a four-car crash which occurred in his Payne Phalen neighborhood at around 10 p.m. Witnesses told WCCO that Lionel Eaton, 27, and a female driver were in an accident that sent them into parked cars belonging to other residents, including Sanmiguel, who had exited their homes upon hearing the collision.

Five neighbors reportedly responded to the scene and had checked on the other driver, who said she was OK. Eaton reportedly climbed into the hatchback, leading someone to open the SUV’s hatch to check if he was injured. Instead, Eaton allegedly opened fire, striking Yanez in the head and instantly killing him, according to KARE.

A resident who spoke with the WCCO claimed Eaton initially fired at least four rounds—and continued to shoot as her husband tried to assist Sanmiguel, who was on the ground.

Eaton’s mother responded to the scene after the shooting and reportedly told authorities that her son had been acting erratically. She claimed her son had been paranoid and claimed that someone was trying to kill him, leading her to believe he was dealing with mental health issues, according to a criminal complaint obtained by the news station.

Eaton’s mother reportedly said she was speaking on the phone with him on the night of the shooting about getting him a hospital evaluation when the call went silent. She claimed she went out looking for her son when she discovered the crime scene, the document stated.

The suspect allegedly told police that he was struck by the other car and hit his head, leading him to believe he heard gunshots. He went on to say that he was in a state of panic and had feared for his life, according to WCCO.

Eaton was charged Tuesday with second-degree murder by drive-by shooting and third-degree murder. His bail was set at $1 million.