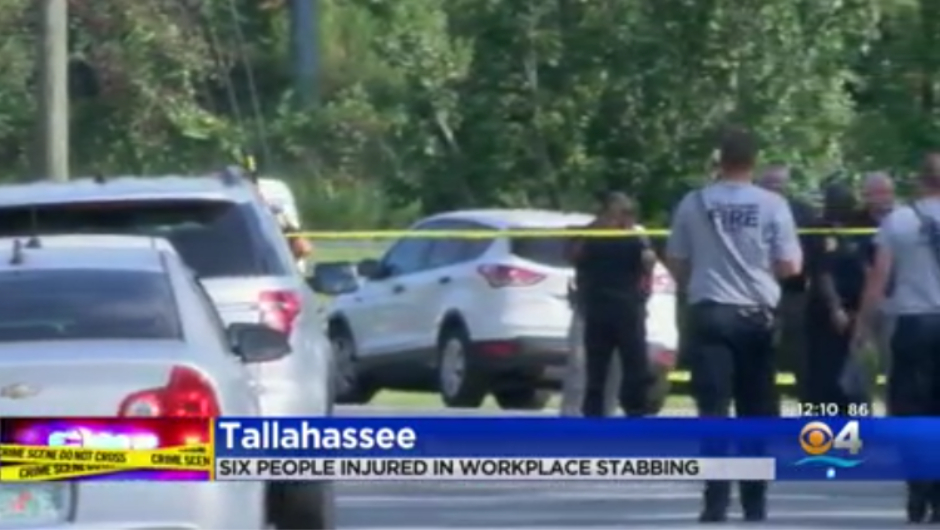 Authorities have identified a suspect in Wednesday morning’s stabbing spree that left five people injured at a building supply company in Florida.

According to the Tallahassee Democrat, Antwann D. Brown, a current employee, is believed to have committed the attack at Dyke Industries following an in-office dispute. Interim Tallahassee police Chief Steve Outlaw told reporters that they haven’t determined a motive but described the incident as “spontaneous.”

Outlaw said Brown was asked to clock out about 20 minutes before the stabbings, according to CNN. Police stated that Brown has been working at Dyke Industries for 3-and-a-half months and has no known disciplinary issues.

The Democrat reported that Brown was apprehended near Dyke Industries, inside an industrial complex off Hartsfield Road. His apprehension came roughly two hours after the 8:30 a.m. stabbings, according to NBC News.

The wife of one of the victims told the Democrat that she was on the phone with her husband, who was at Dyke Industries for a job interview, when he said he had been stabbed five times.

Reports indicated that a folding pocket knife was used in Wednesday’s attack. A source told the Democrat that law enforcement is currently interrogating the suspect.