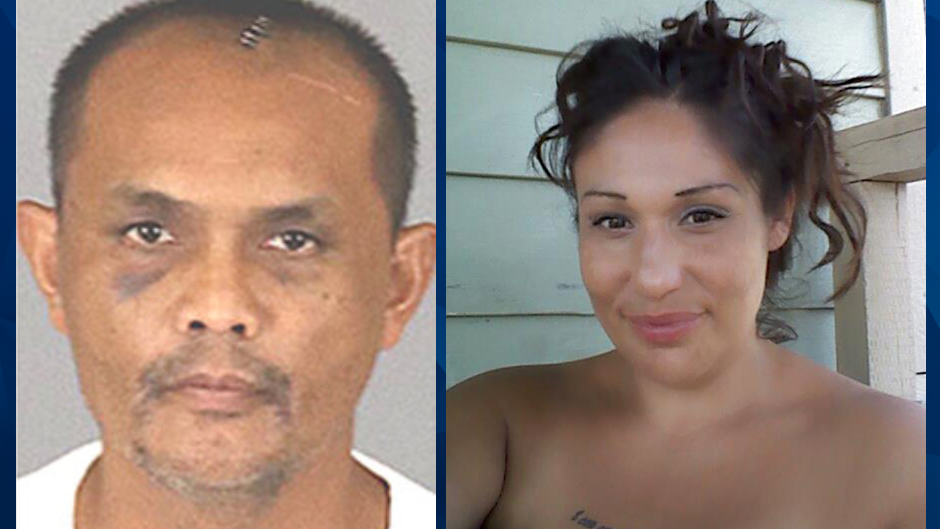 Ex-boyfriend laughs as he repeatedly runs over mom-of-4 in front of her family, killing her: Sources

A California man was taken into custody a day after he allegedly fatally ran over his ex-girlfriend multiple times in front of her family on Monday.

“He ran her over four times, and I told him, ‘You’re killing my daughter,’ and he laughed at me,” Rios told the news station. “And he had my grandbaby in the car.”

Family members told KCAL that Leuk chased Holguin from a local market to her home. The Riverside County Sheriff’s Department said in a news release that they arrived at the scene and found Holguin dead in the road.

One of Holguin’s four children recounted how she “had to stand right here and watch her die.”

“On her body, you could see tire marks, and on her face, tire marks,” the 14-year-old told KCAL, and described her mother’s relationship with her ex-boyfriend as “very, very, toxic.”

Leuk was arrested Tuesday on suspicion of homicide charges during a traffic stop in Rialto. Police said they’ve impounded the Toyota Tacoma that they believe was used in Monday’s hit-and-run and that Leuk was driving it at the time of his arrest.