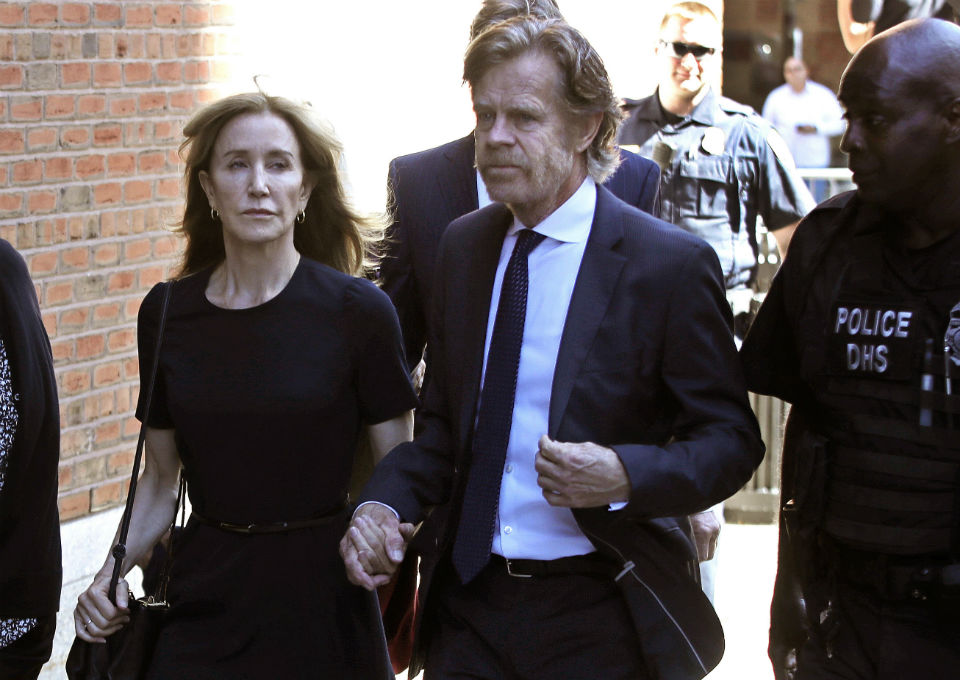 “Desperate Housewives” actress Felicity Huffman has been sentenced to 14 days in jail for her role in a widespread college admissions cheating scam.

She admitted to paying  $15,000 in bribes to help her daughter cheat on a college entrance exam — though her daughter was reportedly unaware of the scheme.

CNN reports that a judge in Boston ordered Huffman to serve 14 days in prison. At the sentencing hearing, Huffman apologized to the judge and her family, including actor husband William H. Macy, and acknowledged that what she did was wrong.

“At the end of the day I had a choice to make. I could have said ‘no’,” Huffman reportedly said.

“I take full responsibility … I will accept whatever punishment you give me.”

Huffman will also pay $30,000 in fines and serve 250 hours of community service. Following her 14-day jail sentence, Huffman will remain on supervised release for one year.