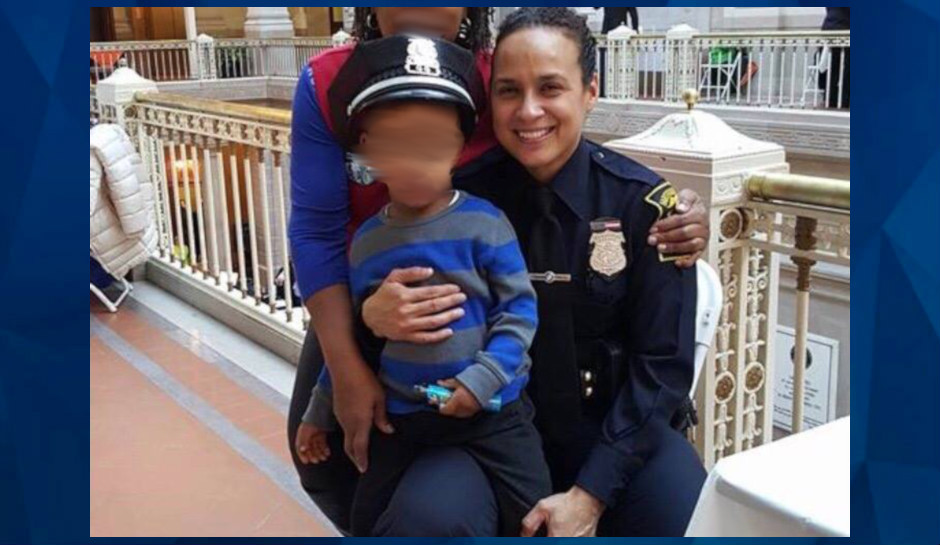 A Hartford police sergeant received an unpaid, 35-day suspension this week at the conclusion of a 15-month investigation of allegations that he used “rude, insulting or offensive language, or other offensive behavior” against a subordinate officer, the Hartford Courant reported.

Officer Kelly Baerga (pictured), who was the LGBTQ liaison for the department, filed a complaint against Sgt. Andrew Rodney after a May 2018 incident while she was under his supervision in the recruitment division. A human resources review recommended a year ago only that Rodney should be retrained, noting that Rodney admitted to inappropriate conversations, which he said was “common behavior in the PD.”

Interim Chief Jason Thody — at the time an assistant chief overseeing internal affairs — found the HR recommendation inadequate. In December 2018, he ordered Internal Affairs to conduct a more thorough investigation, including looking at code of conduct violations, which had not been done by human resources.

The Courant reported, however, that no immediate action was taken, eventually prompting Baerga to send a nine-page memo to human resources complaining about the slow speed of the process. That memo reached city council and local media.

In April, a report was finally released, finding that Rodney broke the code of conduct and that Lt Paul West, to whom Baerga initially complained and who filed her first complaint, hadn’t done enough to address the issue, NBC Connecticut reported.

Baerga objected to the report’s findings of West, saying in a statement he was “the only Commander in the entire Command Staff who cared and tried to change the culture.”

“The Hartford Police Department and the city of Hartford have regularly demonstrated corrupt values and a questionable moral compass by allowing gross misconduct by favored employees,” she wrote.

“In short, our current administration has shown undeniably that a ‘Good ole’ Boys’ network exists and many female officers, to include me, are made to feel that the incidents of sexual harassment and discrimination are of no consequence.”

West issued a statement as well, saying the city administration and interim chief have “consistently demonstrated indifference towards minorities, women, and members of the LGBTQ + community. The Internal Affairs Division’s investigative process is being used to clear Machiavellian leadership and destroy and oppress those who voice displeasure.”

Baerga and West have both filed complaints with the city’s Commission on Human Rights and Opportunities, charging that they have been the victims of harassment and retaliation, the Courant reported.

Baerga returned to work as a patrol officer in August after several months on sick leave while her complaint was being investigated. She requested to return to patrol.

Rodney’s hearing took place in July, the Courant reported, and the administrative officer found that he made lewd comments and failed to follow orders to have no contact with Baerga and not speak with the media about the case. The officer recommended a 5-day suspension on September 6. Thody rejected that recommendation and announced the 35-day suspension on Friday.

Both Thody, who became interim chief in April, and Hartford Mayor Luke Bronin decried the lengthy process but defended the police investigation as thorough.

“I think we all believe this should have happened sooner, but I also think it’s important to acknowledge you had a police department that was in the unusual and uncomfortable position of rejecting an HR recommendation and trying to figure out the best path forward to impose stronger discipline than HR would have recommended,” Bronin said, according to the Courant.