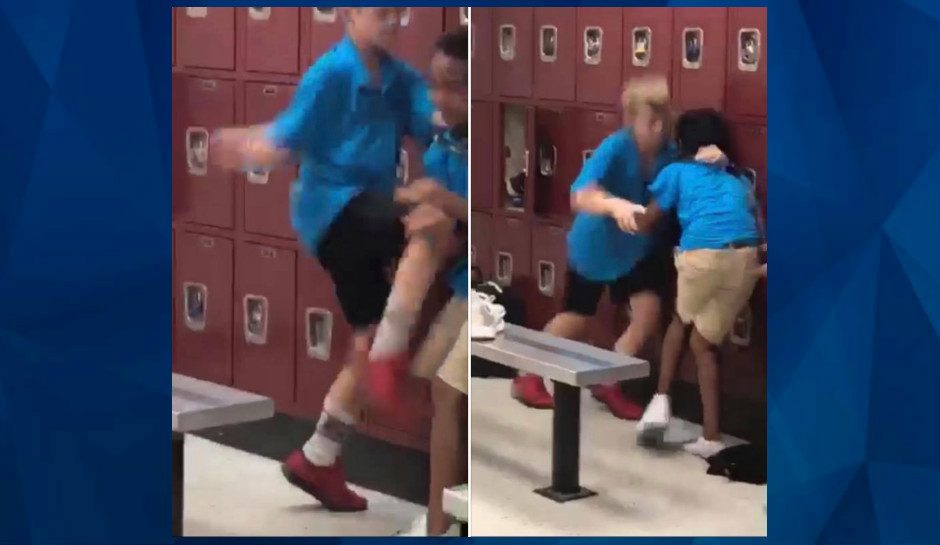 A Lakeland, Florida, middle school student was suspended from school and charged with a misdemeanor this week when a video showed him punching and kneeing a 12-year-old seventh-grade boy in a locker room while other students held the boy and filmed the incident, WFLA reported.

Lauren Springfield, the victim’s mother, posted to Facebook that she was called to the school by the nurse but didn’t realize the seriousness of the incident until other parents — including the parent of a high school student — sent her videos.

“The videos showed the attack that lasted well over 3 minutes with no adult supervision or intervention,” Springfield wrote. ” You hear the kids not only cursing but encouraging the attack and not stepping in to stop what was happening.”

Polk County Public Schools Superintendent Jacqueline Byrd apologized to Springfield and told reporters the district was investigating the whereabouts of the Blake Academy teacher who should have been present at the time of the incident, Bay News 9 reported. The teacher, she said, was “in the area” but not in the locker room.

Byrd said the boy seen in the video striking Springfield’s son has been suspended for 10 days and charged with misdemeanor battery. She added that boys who recorded the incident were also suspended, WFLA said.

Springfield said she was “nauseated” and “disturbed” seeing the video, which was shared more than 6,000 times before it was taken down, according to WFLA. Her son’s injuries reportedly included cuts above his brow, a swollen eye, and a welt on his head. She also worried because he was born with one kidney, and the punches to his abdomen could have caused permanent damage.