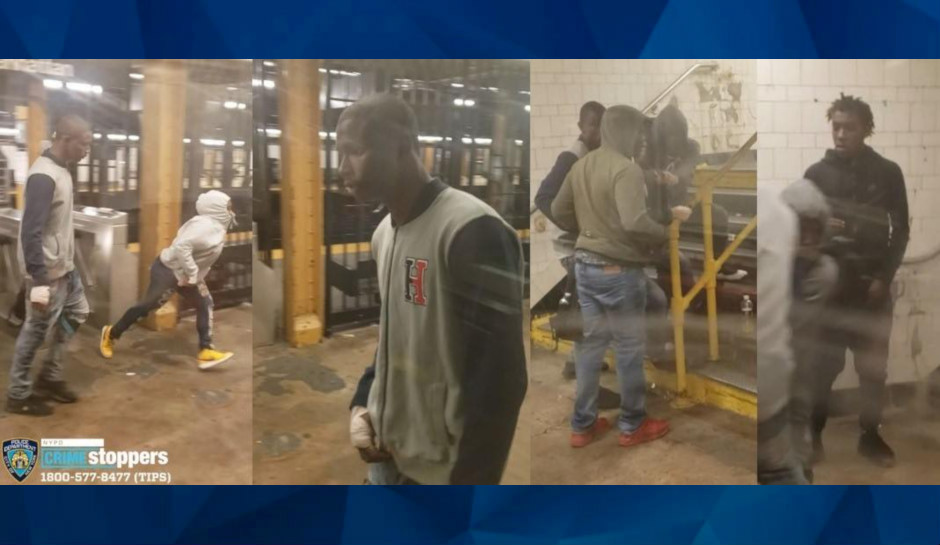 The victim, 25, was confronted by a man and a woman with a knife when he entered the E. 149th Street station at about 2:15 a.m. He handed over his backpack containing his wallet and $1,000 cash when they demanded it, but then followed the pair as they fled the scene.

That’s when he was jumped by three more men who took his phone, headphones, and MetroCard.

One of those men punched the victim as he left. The victim declined medical attention.

The New York Police Department released surveillance photos of the suspects and asked any with information to contact Crimestoppers at (800) 577-TIPS.